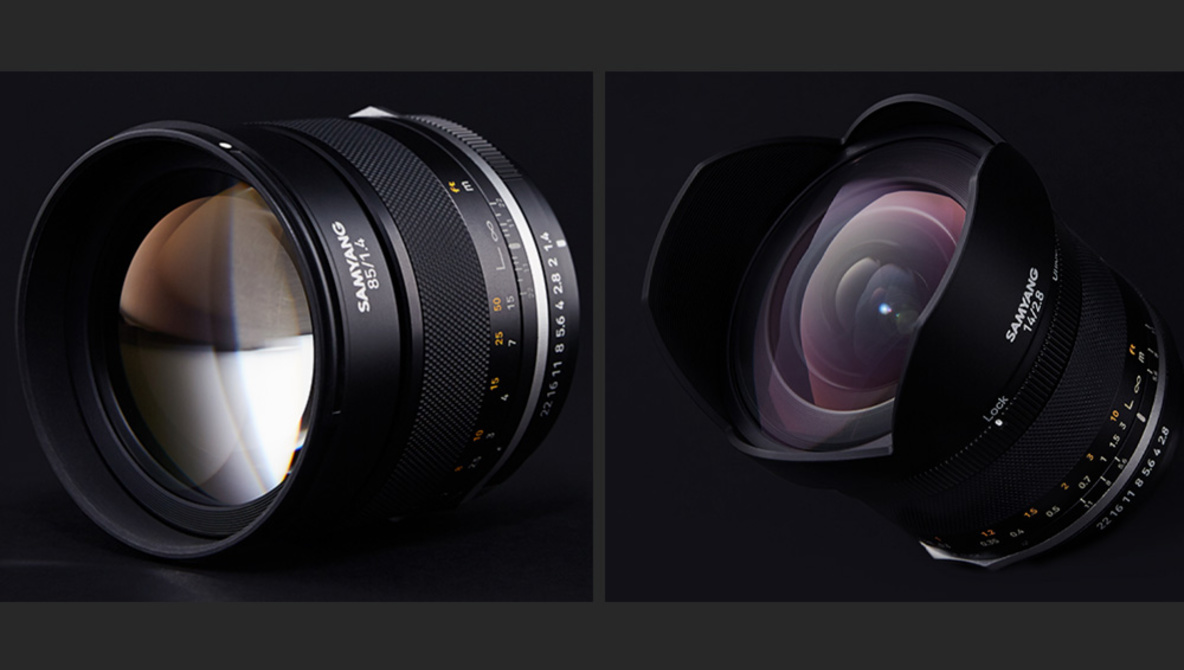 Samyang/Rokinon Announces Updates to Two of Its Most Popular Lenses

Samyang/Rokinon has confirmed that it will be releasing updates to two of its most popular manual focus Canon EF, Sony E-Mount, and Nikon F-mount lenses: the 85mm f/1.4 and 14mm f/2.8.

One of the major improvements made to both lenses is the addition of weather sealing, something that I personally hope to see Samyang add to its other lenses in the future.

The 85mm and 14mm lenses now feature “de-click” functions which will please filmmakers who appreciate being able to adjust the aperture without a visible step.

The MF 14mm f/2.8 MK2 also receives the addition of a focus lock function, allowing astrophotographers to fix the focus at infinity and not worry about it shifting. The lens offers an angle of view of 115.7 ° and has a minimum focusing distance of 11” (28 cm). It has 14 elements in 10 groups, half of which are designed to minimize chromatic aberration. Samyang fans will be keen to see improvements over the original 14mm which, when released in 2008, suffered somewhat from vignetting and distortion.

The MF 85mm f/1.4 MK2 has 9 elements in 7 groups and Samayng is proud of the bokeh offered by the 9 diaphragm blades.

Are you excited to get your hands on these new lenses? Leave your thoughts in the comments below.

Grandmother Ordered by Court to Delete Facebook Photos of Grandchildren