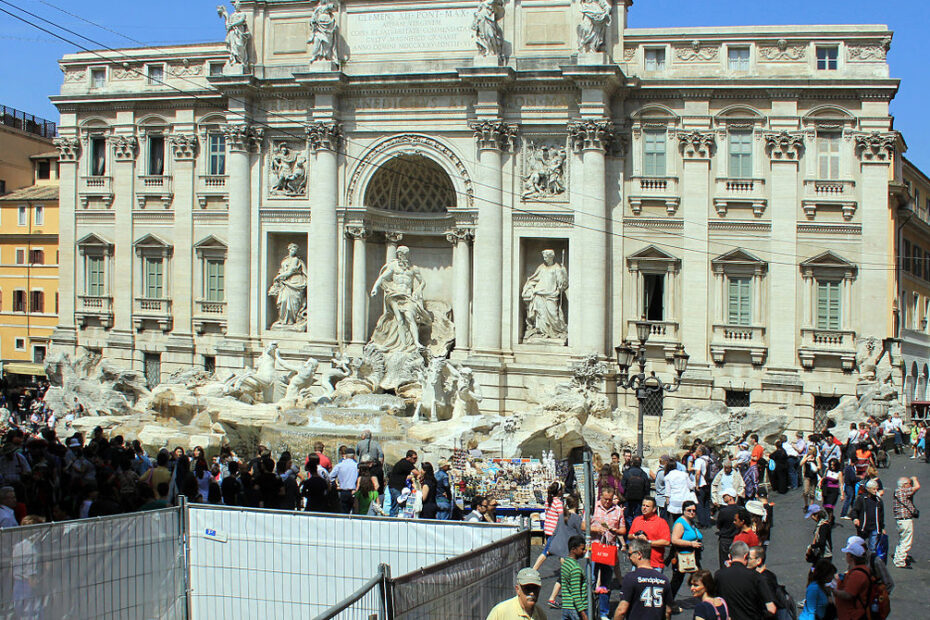 Another day, another headline of tourists behaving badly. Unsurprisingly, in the social-media-crazed age that we are living in, this story involves a selfie.

The Trevi Fountain is the largest Baroque fountain in Rome and a world-famous tourist attraction. Completed in 1762, this iconic fountain attracts hordes of tourists daily, most of whom want to throw a coin over their shoulder into the water and more recently, want to take the perfect selfie. It was this pursuit of selfie glory that led to a brawl involving eight people this week.

Reports indicate that a verbal dispute between a 19-year-old woman from the Netherlands and a 44-year-old Italian-American woman over the perfect selfie spot soon turned physical with family members on both sides joining in the fray. It took four police officers to break up the fight and eight people were charged over the altercation. While reportedly, the participants suffered only minor bruises, this incident once again highlights the delicate balance that local administrators are trying to strike at popular tourist attractions around the world between welcoming the influx of tourism and preserving the sites and local culture. Unfortunately, stories of tourists seeking Instagram fame and leaving a path of destruction in their wake are becoming increasingly all too common.