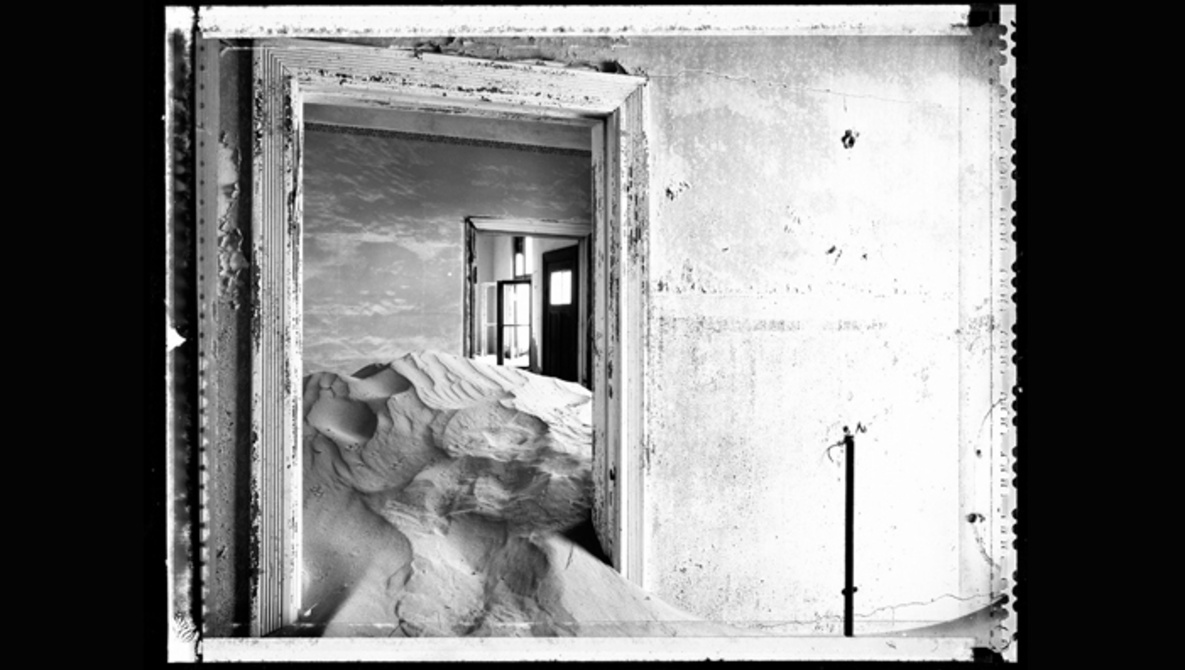 Founded by a German mining company to house the miners and their families, the town of Kolmanskop was established to provide workers with the amenities they were accustomed to in Germany, including a theatre, a casino, and a hospital with an x-ray station (the first of its kind in the southern hemisphere). The town was abandoned for good in the mid-1950’s after the diamond mines were exhausted, and has since been slowly reclaimed by the desert.

Of her experience photographing the abandoned homes of the miners and their families, Ling says:

When I arrived, I found rows of utilitarian houses, sleeping in their bed of time, holding the secret of these images. Once left to the unhindered advances of the enormous linear sand dunes rolling back from the sea, the rooms began filling up with sand and the very familiar objects of daily living took on a surreal affect.

This place speaks of the intimate relationship between the forces of Nature and the man-made. Abandoned by man, these spaces have been reclaimed by the wind and the sand, thus reuniting the exterior and the interior once more.

In this place’s unrelenting sunlight and howling silence, I found somewhere that proclaims Nature as the final winner. Man’s absence is only acknowledged by the endless pulse of the moving dunes.

Elaine Ling, who is not only a photographer but a practicing doctor, describes herself as “an exuberant adventurer” who is “seeking the solitude of deserts and abandoned architectures of ancient cultures.” You can find more of Ling’s work on her website.

6 Do’s and Don’ts on Working with Models

Happy Tax Day, Digital Nomads! Here’s How You Can Legally Decrease Your Taxes