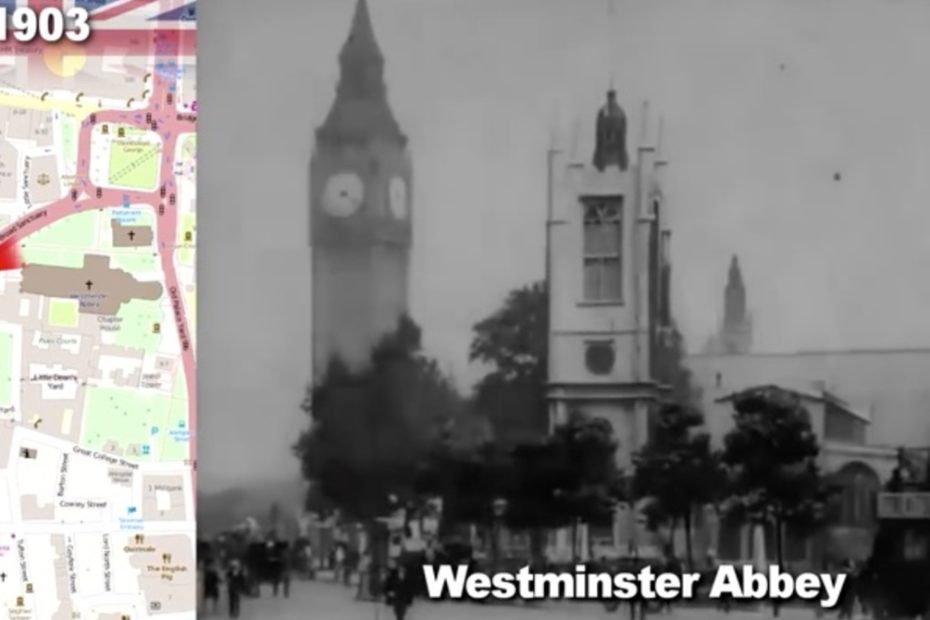 Right-o! Let’s jump in our “wayback machine” to London, England in the late 19th century to witness some of the oldest known video footage, not only just of the city, but in all of human history. I’m a sucker for finding the earliest cinema and photography have to offer, and if you are too, then click on.

Youtube’s Yestervid has gone to great lengths with the help of newsreel pioneers and archivists, British Pathé, to assemble a sort of montage showing off some of the very oldest moving pictures ever captured of London. They’ve also painstakingly reconstructed the vantage points from which these original films were shot and for many of them, have placed the vintage video side-by-side with their modern counterpart so you can compare the vistas with the London of today. Where they don’t have the matching current view, they have included maps that have been carefully researched to show the exact location, as well as the indicated direction in which the moving pictures were recorded. In addition to the well-produced soundtrack, there are some clever and welcome additions, like the oldest sound recording of Big Ben from July, 1890.

The videos included in this approximately 11-minute cinematic collage take place all over the greater London area anywhere from the end of the nineteenth century to the early 1920s. This would have been the time of Jack The Ripper, Titanic, and World War I, or some of the timeframe in which Downton Abbey takes place (if that’s your sort of thing). The oldest of these 45 clips comes in at 1890, putting it in the running for one of the oldest films in existence, period.

Video of Oldest Footage of London Ever