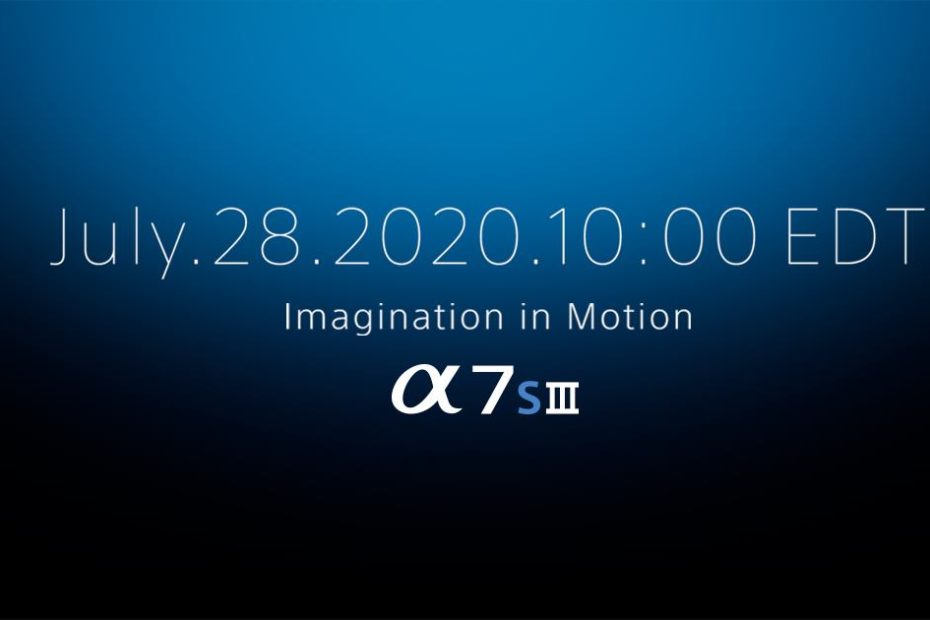 In an official social media post, Sony has made it official: Their new camera is going to be called the A7S III, and its specs are going to be announced on July 28th at 10 AM Eastern Daylight Time. (7 AM Pacific time; I better set my alarm!)

If you want a full breakdown of our predictions about the A7S III, read this article here. Now, let’s have an overview of what this camera might offer, and why…

Is The Sony A7S III Going To Be The Camera You’ve Been Waiting For? All in all, here’s what it comes down to: This is going to be a specialty camera. Whether it focuses in being the absolute best video+stills camera Sony has ever made, or it focuses on being the new low-light champion, or BOTH, remains to be seen, but it will likely push in that direction.

By comparison, just think of what you might want in a Sony A7 IV, if you take the Sony A7R IV’s improvements from the A7R III, and translate them to the A7 III. (New ergonomics, improved autofocus, but that’s about it)

[Related: Is the Sony A7R IV right for you, or should you wait for the inevitable Sony A7 IV?]

Next, consider that a theoretical Sony A7 IV, if it were to arrive within the next 6-12 months, would likely cost “only” $1,999, whereas this Sony A7S III is likely to cost somewhere around $3,000 or up to $3,500. Hopefully, when you put it all together, this will tell you whether or not you should be ready to jump on the “pre-order” button ASAP on the 28th, or if you should just sit back and enjoy the show.

What do you think?

Sony A7S III Competition | What Camera(s) Could Be Threatened By The Sony A7S III? What everybody is probably currently wondering, of course, is, “will this be Sony’s answer to the new Canon EOS R5?” Indeed, the timing is interesting, to say the least! But, let’s consider the reality of the situation…

The Canon EOS R5 is a 45-megapixel camera that is shocking video shooters with its 8K RAW spec. Is that spec in particular what Sony is hoping to compete against? Probably not. If anything, the Canon EOS R6, with its relatively impressive 4K video specs and “mere” 20-megapixel sensor, (inherited from the $6,500 Canon 1DX mk3!) …is what the new Sony S-series will be compared against. The Canon EOS R6 is a $2,500 camera, which should definitely make things interesting…

Actually, though, there’s one more camera lurking in the shadows in terms of stills, and making waves in terms of video, that the Sony A7S III could really compete against- the Panasonic S1H. At $3,999, it’s hiding behind the $1,999 Panasonic S1, since it (the S1H) doesn’t offer much more to photographers, only to very serious videographers.

It does make things interesting, though, to consider “what if the Sony A7S III is going to be aimed more at the Panasonic S1H, and not the Canon EOS R5/R6?” This might mean, among other things, that we see a dedicated cooling fan in the A7S III, and/or 6K video with the potential for ProRes RAW output or even internal RAW recording.

Either way, we’ll find out in 12 days! Until then, we’d love to know your thoughts, so leave a comment below.