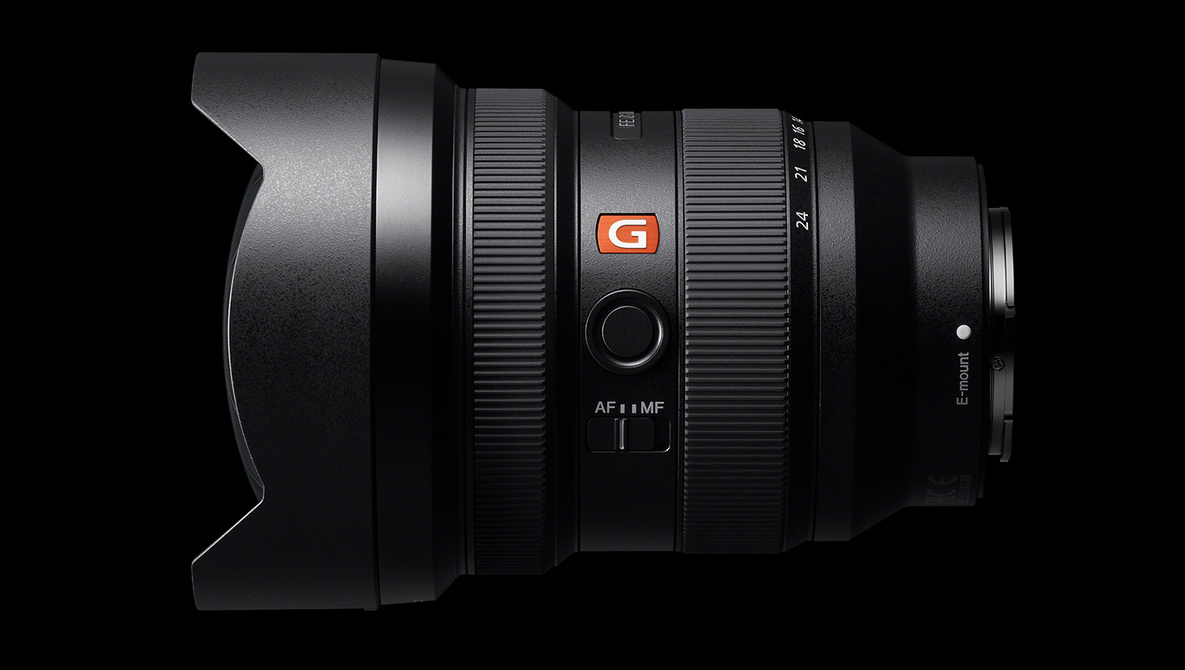 Sony has announced its most expensive G Master zoom lens to date, the FE 12-24mm f/2.8.

As an overview, the lens measures in at 3.84 x 5.39 inches (97.6 x 137 millimeters) and weighs 1 pound 14 ounces (847 grams). It has an 11-inch minimum focus distance (0.28 meters) and features a 9-bladed circular aperture. The lens has internal focusing and an internal zoom, and will be dust and moisture resistant.

Perhaps most interesting on the outside, the 12-24mm f/2.8 GM has a rear-mount filter holder that accepts standard gel sheets. Inside the box, Sony is adding a filter template to aid customers in cutting out their own to the right shape. It is a little worrisome what kind of image quality impact these cheaper DIY filters will have, but it’s more than likely a third party will fill the gap and begin producing ready-made higher quality filters that fits the specific holder shape.

The rear filtering is due to the extremely bulbous front element, of course, which grants an ultra-wide 12mm focal length. For reference, the field of view difference between 14mm and 12mm is almost 10 degrees. That’s not such an insignificant amount as 2mm would suggest and can alter the decisions for framing and composition of a shot.

In fact, the frontmost glass is the largest XA element Sony has made for a G Master lens and it’s followed up directly behind it with another XA element for minimizing aberrations. There is a third XA element in the lens, as well as two Super ED, three ED, and one aspherical element. In total there are 17 elements in 14 groups. According to Sony, the curvature of the elements pushed their glass molding production and Nano Coating to the limits. For the glass molding, all G Master lenses have 1/100 of a micron surface precision that this lens will also adhere to. For the Nano Coating, Sony had to develop their new “Nano Coating II” to deal with the extreme curvature and suppress flaring and ghosting.

Autofocus is also seeing a vast improvement by using four XD linear motors. Sony claims that in their testing, the FE 12-24mm f/2.8 GM was 50 percent faster at autofocusing than a 14-24mm f/2.8 competitor. For those getting in very close to moving subjects, such as sports photographers or photojournalists, this will be most useful. According to Sony, focus breathing, focus shift, and axial shift while zooming have been minimized.

A New Nikon Mirrorless Camera and Lens Are on the Way

How to Fix Perspective Distortion in 90 Seconds