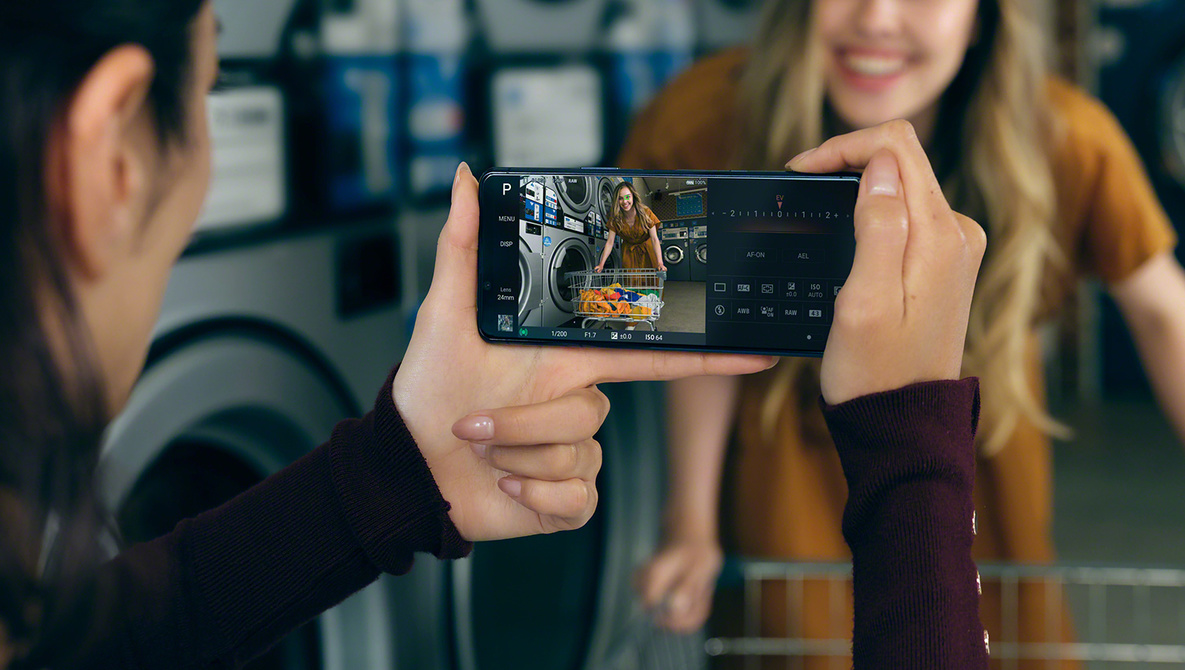 As we get closer to the phone upgrade season, Sony has now debuted their latest Xperia 5 II smartphone which packs some of the best photo and video recording features found anywhere.

The Sony Xperia 5 II sports a 21:9 6.1-inch FHD+ HDR OLED display with a 120 Hz refresh rate. With a 2.68 inch wide design, Sony calls the new phone “tailor-made” for one-handed use. Inside, it uses a Snapdragon 865 processor and 4,000 mAh battery with fast charging capabilities allowing for a 50 percent charge in 30 minutes. There’s a 3.5mm audio jack while still maintaining an IP65/68 water resistance rating. The real story, however, is the camera.

There are three lenses on the Xperia 5 II to create more variety: 16mm, 24mm, and 70mm. These lenses have ZEISS T* coating as we’ve seen Sony use on their full-size E-mount glass. Other notes taken from Sony Alpha cameras are its Real-time Eye AF tracking as well as 20 fps burst shooting with 60 AF/AE calculations per second. There’s a Photography Pro mode which places control over shutter speed, ISO, EV, raw capture, and noise reduction in the user’s hands.

For recording movies, the Xperia 5 II features Cinematography Pro “powered by CineAlta” for a range of enhanced video features. There’s now 4K HDR 120 fps recording for 5 times slow motion in a 24p timeline. It can record 21:9 aspect ratio in 24p, 30p, and 60p for a cinematic look. Adding to that are eight Look color profiles for creative styling and moods.

A Review of the Fujifilm X-T4 for Landscape Photographers

Build Your Brand to Help Stand Out as a Photographer