The Aviator Travel Jib: A Portable Jib For Video Shoots In Hard To Reach Places 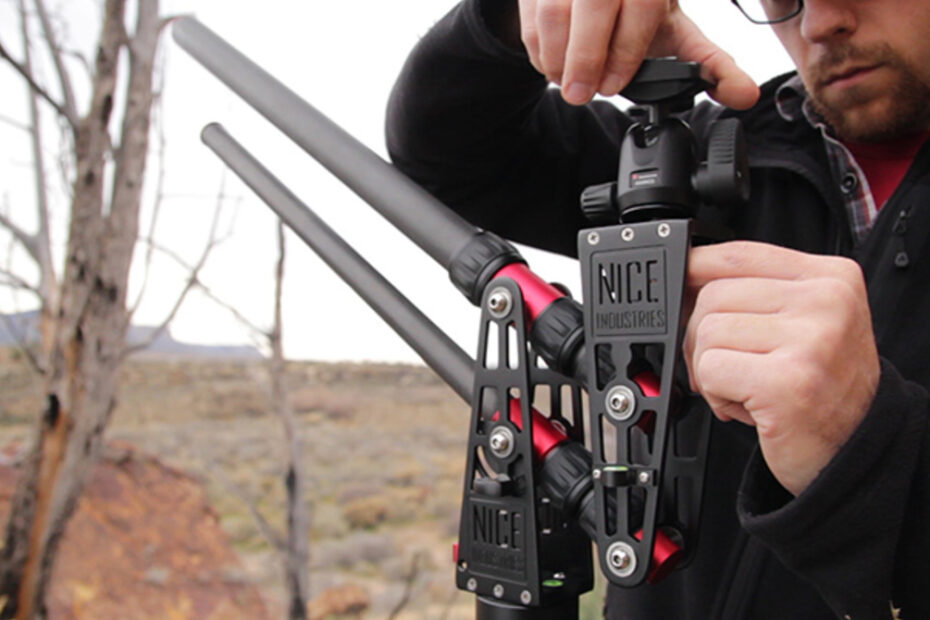 The Aviator Travel Jib: A Portable Jib For Video Shoots In Hard To Reach Places

My passion is shooting outdoor lifestyle and documentary projects, and those shoots often require me to be on the go and in remote areas. Historically, getting an expensive jib or crane in those locations was not possible. With the Aviator Carbon Fiber Travel Jib, taking a jib into the field is not only possible, but easy for everyone.

The Aviator Travel Jib is made by a company called Nice Industries, in both carbon fiber and mag alloy models. Aviator also makes a few other accessories like travel sliders and rails. These products started out of a Kickstarter project and have garnered great reviews from other filmmakers.

The Aviator Carbon Fiber Travel Jib is tailored for video shooters who need a lightweight, compact solution for jib shots. So whether you want to take it on a plane for a shoot overseas, or you need to carry it on a backpack for a shoot in the mountains, this jib can make the journey without weighing you down. This review will be specifically on the carbon fiber model.

The build quality is great. The carbon fiber arms feel sturdy, the twist locks work as good as I would expect, and the base is robust. When fully weighted and extended, there is a slight bend in the arms, but it doesn’t affect performance.

The locking screw for the counter weights is straight forward, and there’s a loop and carabiner for clipping on the included weight bag. Near the base is a bubble level and two locks– one for panning and one for tilting. Please note that these are only to lock movement, not adjust friction. The bag is fitted precisely to the jib, and has a small pocket for the screws and carabiner.

Aesthetically, the jib looks very nice. It has a very pro appearance despite being a smaller sized jib arm. It’s mostly black, with notes of red that come close to matching Zacuto gear.

It weighs about 3 pounds, and I’ve hiked, biked, and carried this thing all over. The weight it adds is hardly noticeable, and it doesn’t take up too much space either. Just keep in mind that you’ll definitely need a tripod, and likely a small ball head to get the most of your jib shots. If you’re like me and you carry a tripod with you anyway, then you’re all set.

Setting up the jib took a few times to get down, just to get a feel for the rig. It really helps to have an extra person holding an end while you balance it, but it is possible to do by yourself once you’ve gotten used to how it works. You absolutely want to weight the tripod down with your gear bag. This will help it stabilize. In the video, I’m using an Induro Carbon Fiber CT014, which has a small hook at the bottom of the pedestal rod for hooking on a bag.

The twist locks are helpful, but be careful not to lock them and then force the jib to move. Doing so will wear on the locks and eventually ruin them.

As noted in the video, using water bottles for the counter weight works great for me. Fine tuning the balance is a breeze by simply pouring out some water. I still use the weight bag with some rocks, but sometimes collecting rocks is not possible or impractical depending on your location. It totally beats carrying weights into the field though!

In operation, the moves are generally very fluid. There can be a slight wobble and the very high end, but that is common for manually operated jibs. Steady hands and proper balancing should eliminate most wobble issues.

You can mount the camera directly to the platform on the jib, but it’s better to use a ball head. The one I use is Manfrotto 494RC2. It’s small, relatively light, and super solid for DSLRs. Speaking of the DSLR, having a flip out LCD is helpful to monitor your shot! I’d also recommend looping the camera strap through the arms of the jib just in case. 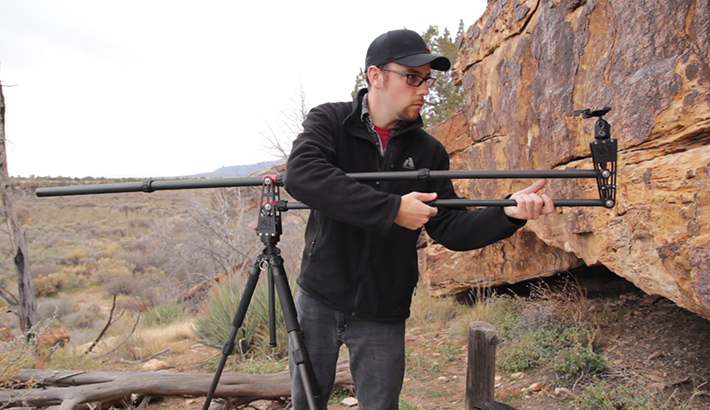 Tightening the counter weight screw all the way in almost takes a minute by itself, and you can’t pack it with the screw on. Every time I use the jib I have to put the screw back on. It’s a minor thing, but it still annoys me.

The pan lock screw wasn’t tightening as well as it should have out of the box, and it took me far too long to realize that you can actually lift the knob above the screw, twist it, and then reset it, thus tightening it. I didn’t see any information about that in the manual. But who reads those anyway?

The locking screw for your tripod head can be tricky to get to, and if you’re panning the head and moving things around for a few different shots, make sure it’s still tight. Same for the base. I’ve had both of them come a little loose after shooting for a while

Compared to the Pocket Jib Traveler from Kessler, the Aviator Jib is certainly competitive with its price. The Kessler model weighs more, coming in at 5.5 pounds, and packs down to about the same size as the Aviator, at 27 inches. They extend to about the same length, but the Kessler can handle loads up to 10 pounds. The cost is $600, so a little bit cheaper, but at the expense of weighing more.

What I liked:
Very portable for a jib
Lightest weight in its class
Clean and thoughtful design
Comes with a bag that fits snug

What Could be Improved:
The bag could be just a touch larger to leave the screw on
$800 might be out the of budget for some

I’m very pleased with this jib. I had a 12 foot Kessler Crane previously that didn’t collapse, and needed a ton of counterweights. There is no way I could have gotten shots in the field with it. The Carbon Fiber Aviator Travel Jib really makes getting unique camera moves in remote locations possible.

Video of Fstoppers Review of the Aviator Travel Jib