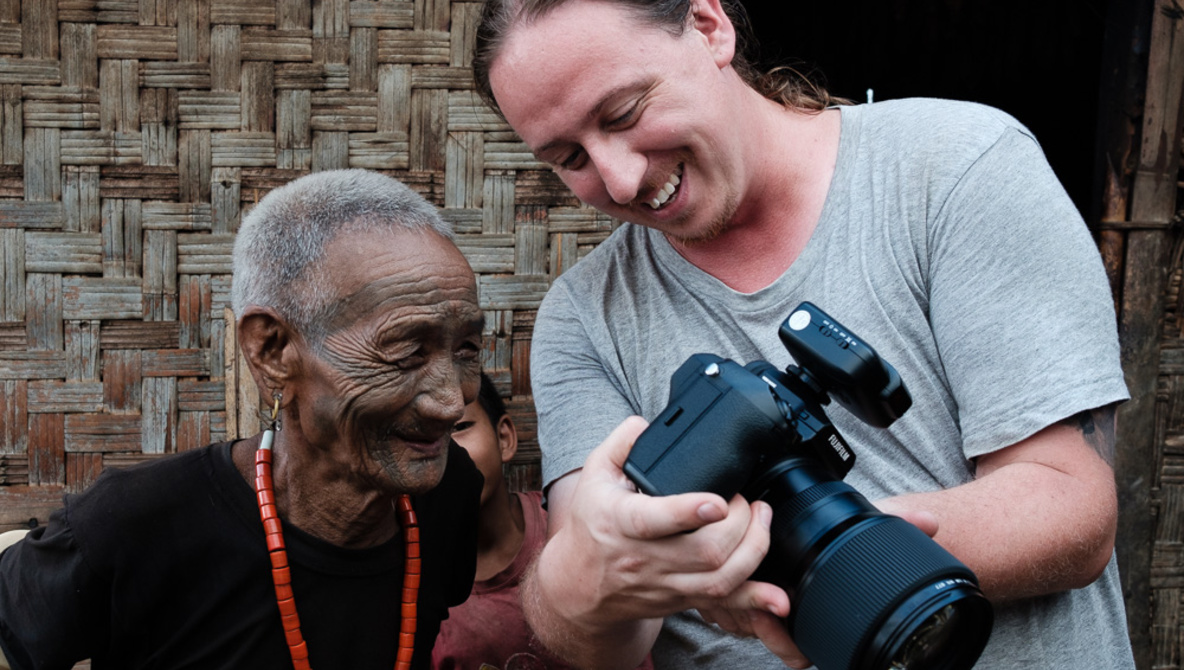 Over the past few years, we’ve seen digital medium-format photography go from something of a hulking utilitarian beast into something a little more elegant in terms of usability. The Phase One and Hasselblad flagships, although coveted by many, were only attainable by a select few and really only intended for methodical work. The latest additions to the medium format realm have flipped this market on its head and put digital medium format into the hands of the masses. The Hasselblad X1D-50c and the Fujifilm GFX 50S are more in line with the everyday consumer’s needs in terms of both price and features. I have had the chance to spend the last six weeks shooting with the Fujifilm while traveling through northeast India and today I’ll share my thoughts on it as a travel camera.

First up, a big thanks to Fujifilm Korea for giving me the chance to use their camera for the duration of my trip. It was a great chance to explore the camera and really put it through its paces. Knowing that I had to give it back meant making the best of it while I had it, so I shot a lot of different work while I could. So, full disclosure, I did not purchase this camera, but that will not stop me from giving my honest thoughts on it throughout this article.

Travel photography is such a wide genre. It includes everything from food photography to portraiture and landscape photography. As I mentioned above, I used the camera for a lot of different work while I was away. So, I’ll break this down into those types of shooting and give you my take on how the GFX 50S performed. This will be in no way scientific, just a collection of thoughts from six weeks in the field.

First up is what I like to think of as day to day shooting. This is nothing planned, just things I shoot as I move from location to location or as I walk around the streets of my destination. This is a great place to start seeing how the GFX performs because I was able to test things like responsiveness and autofocus. It was also a great chance to see if the weight would bother me, as I usually don’t carry this much when I travel.

One of the first things you’ll notice about the GFX 50S is how quickly it gets up and running. After you flick the power switch, you’ll only have to wait around a second or so. Although this may be nothing compared to a DSLR like the Nikon D850, it is very competitive for a mirrorless camera, especially a medium-format camera. It did take a little getting used to, as these days I shoot with a Fujifilm X-T2 most of the time. But there’s nothing wrong with having to be ready to switch the camera on a few extra moments as you envision your shot unfolding.

Let’s stop there for a moment. Why even switch the camera off? Well, mirrorless cameras don’t have the greatest battery life, as we all know. The GFX is an admirable performer but it still needs attention when conserving its battery. By switching on and off between shots, I was able to get around 700–800 shots per charge, depending on what I was doing. I’ll get back to this in a moment.

In terms of autofocus, in good light, there is nothing to complain about. For those using X-series cameras, if you’re familiar with the X-T1 at release or the X-E2 now, that’s around where the current performance is. In good light, there can be a little hunting depending on contrast, but not enough to really be a problem. Being a contrast detection system, what it loses in speed, it makes up for in accuracy, so expect stellar results once it does hit focus.

One of the things that stood out to me about shooting this camera day-to-day was just how easy it was to handhold shots. The camera’s grip is excellent, and the weight feels good in your hand. Whatever magic Fujifilm has sprinkled to make handheld shots come out sharp at low shutter speeds is also out of this world. Perhaps it’s the lack of a mirror slapping up and down, but I got more unsharp images from my Nikon D800 when shooting handheld back in the day.

The only thing I might complain about is the EVF attachment. Switching to the EVF using the eye sensor takes a full second and sometimes doesn’t even show up. I’m sure this is simply a firmware kink, but I missed several shots because the EVF didn’t detect my eye and I would need to pull the camera away for a couple of seconds and return it to my eye. It’s not a huge problem, but it really shouldn’t be an issue in a camera of this caliber.

This is what I was mainly interested in this camera for. My current project on the disappearing culture of facial tattooing across Asia is focused on preserving the faces of those who have the tattoos. To date, I have been working with Fujifilm X-series cameras, but being given the chance to use the medium format GFX for the project was something I could not say no to.

First of all, I was interested in the additional detail and sharpness as compared to the X-series cameras (which are no slouches themselves, especially with the X-Trans III sensor). Let’s just say that, as expected, the GFX provides incredible detail and sharpness. Fujifilm is known for its excellent lens quality, and the GF lenses are all exceptional.

For most of my portraits, I was using the new GF 110mm f/2 R LM WR. In 35mm equivalent terms, this is approximately at 87mm f/1.6. This lens nails focus each and every time in good light and is sharp from f/2 throughout the range. The falloff from sharp to unsharp is quick and pleasing. The ability to separate a subject’s face from their chest with such a quick falloff gives a very three-dimensional feel to portraits. See the image below to get an idea of what I’m talking about. I’ll cover this lens in more detail in an upcoming review.

The only time I really ran into trouble shooting portraits was with the autofocus system in dark environments. Many of the people I photograph stay at home in their windowless houses, and I often have to focus by door or fire light. This can be tough with the CDAF system in the GFX, but switching to manual focus yields good results by using the focus peaking function. The viewfinder is also very laggy in darker environments, making it challenging to capture moments. Sometimes, it would even take the camera 2 or 3 seconds to adjust to the darkness and show a preview of the current lighting situation. Hopefully, these things can all be improved in an upcoming firmware. Using the screen/EVF in these dark situations seems to make it work very hard and it drains the battery much more quickly.

After a full month of shooting, however, the thing I was most impressed with was the rendering of skin. Tones are very pleasing and transition from highlight to shadow is much more attractive than other cameras I have used. I use Fujifilm’s classic chrome simulation for all of my portraits, so they may not be perfectly natural in terms of their tone and contrast, but I find this to be an extremely pleasing rendering. 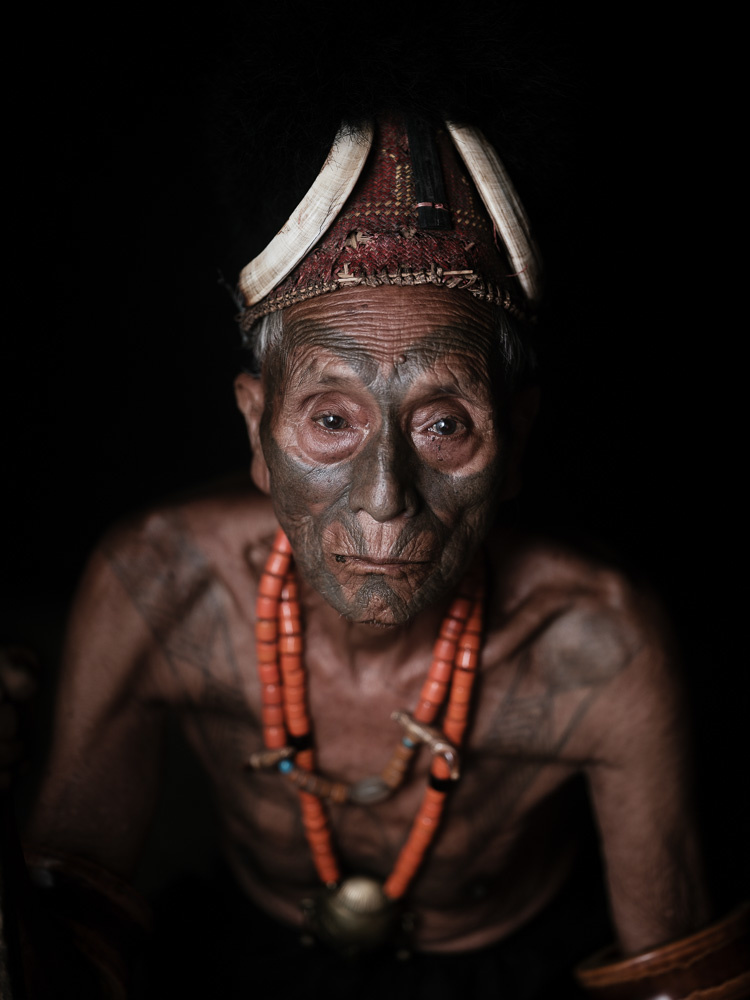 I don’t shoot a lot of landscape images, but from time to time, I try to get an image that shows where my subjects live. This time especially, being in the beautiful mountains of northeast India, I wanted to be able to capture that in all its beauty. The X-series cameras are (somewhat contentiously) known for rendering foliage in unrealistic ways from time to time, so I wanted to use the GFX for this during my trip.

This, I feel is where the camera shows off what it can really do. The dynamic range and sharpness are stunning when shot with tight apertures on a tripod at low ISO values. There’s something quite magical about being able to swing an image file five stops in either direction in postproduction. Watching the tones come in and out as you pull the exposure slider is breathtaking. More on that to come in a future article as well.

I love to shoot my landscapes with longer lenses and stitch multiple frames together. On this trip, that has been making my computer choke a little, but I have managed to put one together from Mon District in Nagaland. This is a set of images that I stitched, the exposure was pushed 1/3 stop and the shadows increased by 90 points from the original capture. I love the amount of detail and tone that the camera was able to capture here. 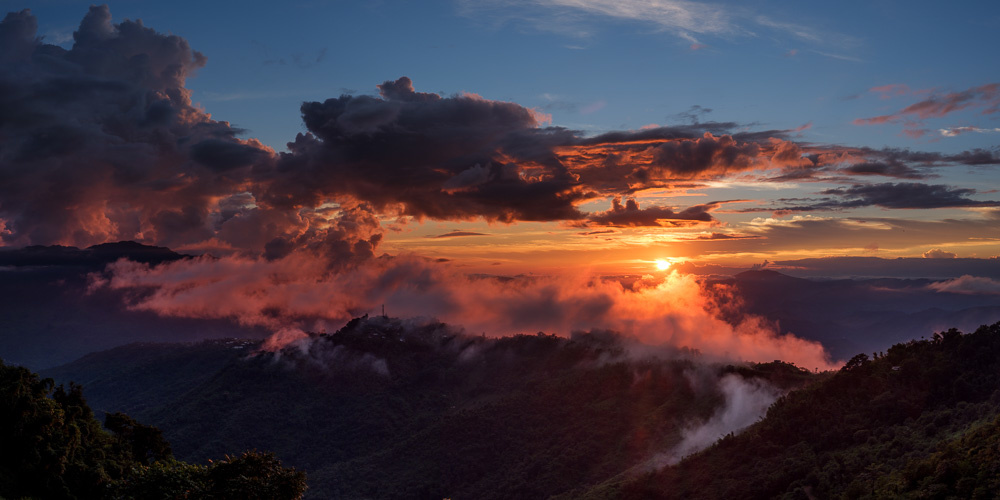 After six weeks, I have shot plenty of images and have plenty of thoughts to share. This is my first set, and I will have a few more to come. I loved working with the GFX. It has a few quirks, but the wizards in Fuji’s firmware department will no doubt work those out over time. If you have any questions about the GFX or its use, please do leave them in the comments below and I’ll do my best to answer for you. Keep your eyes out over the next couple of weeks for some more thoughts on the Fujifilm GFX 50S and GF lenses.

Behind The Scenes – Up The Ante With A GoPro