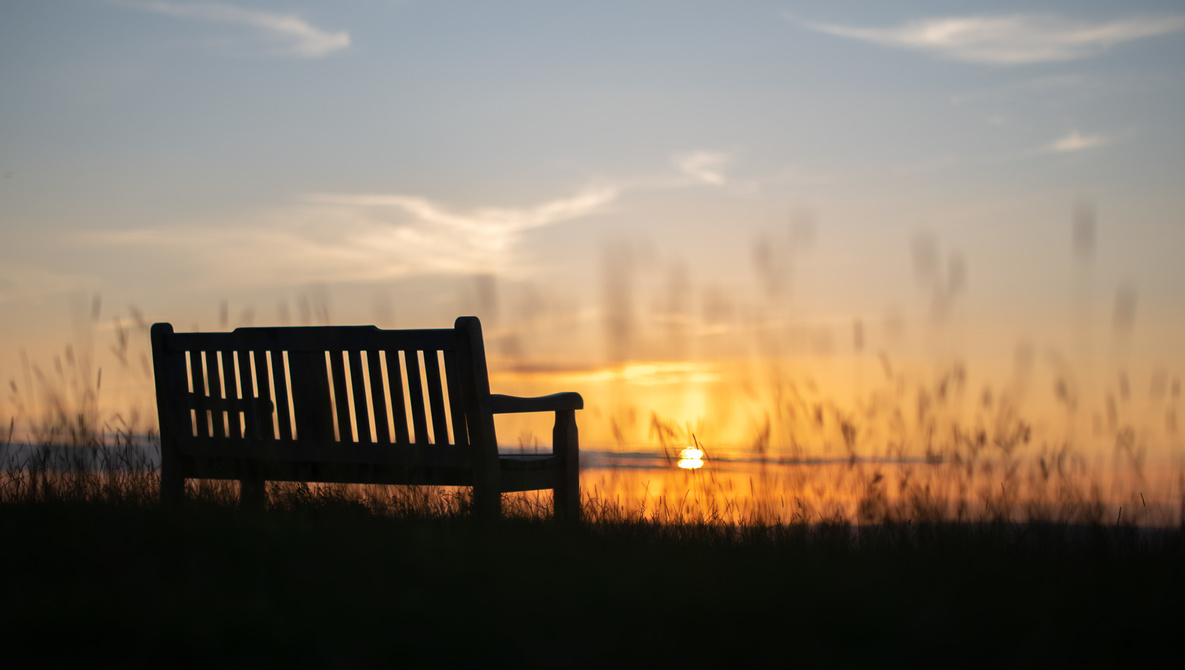 The Science Behind Sunrise

Why is it that we get more reds, oranges, and yellows when the sun is at the horizon at either sunrise or sunset, and how does the sky remain blue during the day anyway? Let’s look briefly at the chief principles at play when it comes to changes of color at the golden hours.

The sun, responsible for all our daylight on earth, produces energy through nuclear fusion, which is when two small, lightweight atomic nuclei combine to create a single heavy nucleus. It outputs a wide range of energy, but as photographers we’re most interested in the visible light spectrum.

What is Visible Light?

Sunlight is a white light that carries all the colors of the rainbow (red, orange, yellow, green, blue, indigo, and violet) which is easily seen when shone through a prism as it bends the light into its constituent parts. White light actually consists of more than what we see with the naked eye, because it gives us Ultra Violet, and Infrared rays too, but almost no humans can see those (though there have been a few rare reported cases of people seeing UV and the ability to see infrared.)

The visible light spectrum is a smaller chunk of a much wider electromagnetic spectrum output by the sun, which also includes ultra violet light at higher frequencies, and infrared light at lower frequencies. Image by Wikimedia user Fulvio314, used under Creative Commons

The visible light spectrum is categorized in order of wavelength. That is, the literal length of the wave of light. Because visible light waves are so short, they’re measured in nanometers (nm) which is a thousandth of a meter. Red light has a wavelength of around 700-635nm, whereas blue light is shorter at around 490-450nm.

How Does Earth’s Atmosphere Affect Things?

When sunlight hits earth’s atmosphere the light is scattered by the gas molecules. Due to the size of these molecules, shorter wavelength light is scattered more, and as we have already established, the smallest wavelength of visible light is blue, hence why the sky is blue. It’s a myth that the sky is blue because of a reflection of the ocean, or because the water vapor in the atmosphere is blue. This scattering effect is called Rayleigh scattering, (named after 19th century physicist Lord Rayleigh).

Illustration of Lord Rayleigh working in his laboratory. John William Strutt, 3rd Baron Rayleigh was a British scientists most notable for his work in theoretical and experimental physics in the nineteenth century. Image by Wikimedia contributor Wellcome Images, used under Creative Commons

Due to this extra dispersal of the blue light it becomes less intense, until we see the longer wavelengths of light such as reds, oranges, and yellows. You may even see a green band during a sunrise or sunset where the yellow tones mix with the blue sky a little further up above the horizon.

Even during the day the sky right above you is darker blue, than at the horizon, because the atmosphere is thinnest when looking straight up. It’s possible to capture this in a photograph if using an ultra-wide angle, or when stitching together a vertical panorama

Basically, the thicker the atmosphere, the more that light gets scattered. You can even see this in the middle of the day as long as it’s not too cloudy. Go outside and look at the blue sky straight up above you, then scan through the sky until you get close to the horizon. Notice how the blue sky above you is darker blue than the sky at the horizon? That’s because the light is traveling through more atmosphere, the closer it gets to the horizon. The thinnest portion of atmosphere you can look through is straight above you.

There are other things that can impact on the intensity of a sunset, too. Cloud cover makes a big difference because if there’s too much it’ll block the light, especially if it’s situated near the horizon. Sparser cloud though, can have the opposite effect by visually soaking up all that long wavelength light, and glowing in the sky. For more information on this, check out my other post about capturing the perfect sunset landscapes.

My other post “How to Take Perfect Sunset Landscapes” discusses how cloud can impact a sunset for better, or for worse. Here the sparse cloud cover of cirrus and cumulus enhance the sunset sky by lighting up with warm yellows, pinks, and purples

Other particles in the atmosphere also enhance sunset such as air pollution, and even dust. Occasionally desert dust can be swept up into the high winds and travel around the world creating an extremely rich red sky even in the middle of the day. This happened in the U.K. on October 16 2017 when the remains of Hurricane Ophelia swept in tropical air to the UK, including dust from the Sahara.

There is, of course, a little more to sunsets than just that, but essentially this is how sunrises and sunsets work, and why the sky is blue during the rest of the day. So next time you’re out shooting during the golden hour, look around and take note of just how amazing our atmosphere is.

If you have any photos of incredible blue skies, deep and rich sunrises or sunset, or even a great shot of some cloud formations or rare desert dust shots, feel free to leave a photo down in the comments. Be sure to list what the phenomena is, (if you know), where it was taken, and when in the year. Or, if after reading this you’ve decided to go out and test some examples in this post, be sure to leave your thoughts below and share what you’ve found.

Camera Matchmaking in the Style of a Dating Game

How Does the Canon EOS R5 Perform on an Actual Photoshoot?

What iPad Is Right for Your Work?