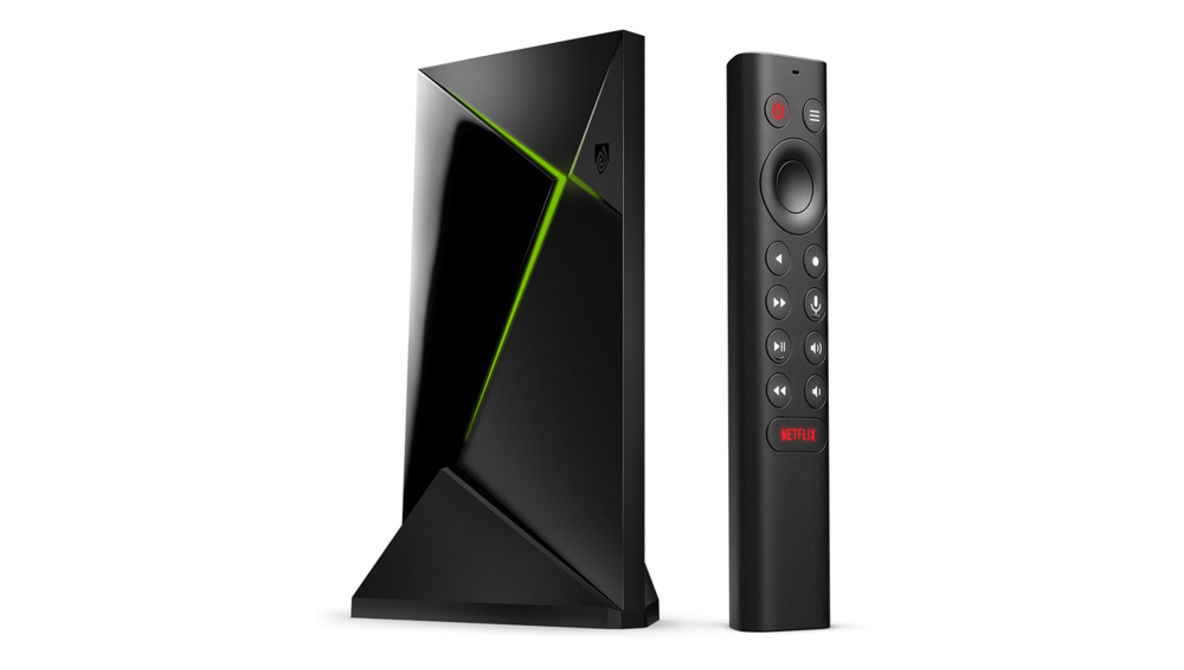 Photographers care more about image quality than the average person, and given the current situation, many of us are streaming more content than ever. That’s why the Nvidia Shield TV Pro caught my attention, as it offers some impressive features and controls that should please even those with the highest standards.

The COVID-19 pandemic has caused lots of us to spend more time at home than ever, and that has meant a lot of us are streaming television and movies more than ever. While image quality does not matter that much to most people, for photographers and videographers with more discerning eyes, image quality can make a huge difference in our enjoyment of content.

When I moved a few years ago, I was pretty insistent on getting a top-of-the-line television. I watch a lot of movies, and using cheaper panels can adversely affect your ability to watch a movie more than you might think, especially when it comes to dynamic range. The television was my personal splurge for my new place. So, I needed up getting a 65-inch LG E8. The E8 uses an OLED panel, which is the key to its image quality. The beauty of OLED panels is that there is no separate backlight, meaning every pixel can be turned on and off individually. This gives them an infinite contrast range, which in practical purposes, translates to very rich and natural dynamic range that far surpasses any other panel type. They also offer huge viewing angles with no loss of quality. Lastly, like most modern televisions, this model had 4K resolution.

So far, the OLED television, though expensive, has absolutely been worth the price. I remember my girlfriend remarking on how the infamously dark eighth season of Game of Thrones was suddenly perfectly viewable using our new television. So, what was the problem? The resolution. While 4K content is starting to become more common, the vast majority of streaming content is 1080p or even 720p, while streaming compression also reduces image quality.

I’ve used an Apple TV 4K for all my content consumption for the past few years. It’s a fantastic device that offers access to all the popular streaming services all wrapped up in a straightforward and reliable interface. The only issue I had, which is no fault of the Apple TV’s, is that so much content is not in 4K. In fact, I would estimate that greater than 95% of what I watch is 1080p or less. Classic binge-able shows like The Office, Parks and Rec, and Arrested Development are typically in 720p, with some later seasons in 1080p. The science documentaries I love range from 480i to 1080p. Most movies made before the last few years top out at 1080p.

This is why the Nvidia Shield TV Pro caught my attention. It’s a top of the line streaming box, but its real claim to fame is its AI upscaling, which claims to take lower-resolution video and intelligently upscale it for consumption on a 4K screen. Nvidia used a deep learning model trained offline on a range of popular television shows and movies. The model then makes real-time predictions of what content would look like at 4K based on its lower resolution and automatically upscales it, delivering it at 4K and up to 30 fps. So long as the video resolution is not less than 480p, the frame rate isn’t higher than 30 fps, or the color space isn’t RGB, the AI upscaling feature will work, regardless of whether it’s Netflix, HBO, YouTube, or some other source. For those who are discerning about image quality, it sounds like a fantastic step into the future, not unlike many of the AI image-editing applications and features we’ve seen begin to take hold. Before we talk about that feature, let’s look at the entire device.

The Shield TV Pro is an attractive device. It is actually quite small, about the size of a paperback, with angled lines etched across it and a green LED (its brightness can be adjusted or it can be turned off entirely if you would prefer). On the back are two USB 3.0 expansion ports, a 4K HDR HDMI port, Ethernet port, and power port. Wi-Fi is 802.11ac. It does not come with an HDMI cord.

Setup was very easy. I plugged in the power and HDMI cables and followed the on-screen guide. If you have an Android phone, you can simply log in with your phone and the device will populate your apps. I don’t, so I had to download my apps manually, but the process was perfectly fine. The Google Play store has all the major streaming platforms as well as many niche options, and I had no problem finding everything I like to watch. The only thing you won’t be able to access is an iTunes library if you have one. The Shield TV Pro uses the stock Android TV OS. The design and user experience is definitely not as slick and straightforward as Apple’s tvOS, but it is workable, and it does not take too long to get your bearings using it. The remote is comfortable to use and features motion-activated backlighting and the ability to make it beep if you’ve lost it, both nice touches.

That’s really why you’re here. If this was just any other streaming device, there wouldn’t be much point in discussing it at all, at least not here. But the Shield TV Pro offers features that promise to give the best possible image quality for those who have the highest standards.

The Nvidia Shield TV Pro offers a wider range of display options than most devices, giving a range of 89 selectable display profiles that feature different resolutions, display refresh rates, color encoding systems, etc., though it normally defaults to the proper setting that maximizes the capabilities of your television. You can also switch between Rec. 709 and 2020 manually or automatically depending on the source content. Altogether, this gives a wide range of customizable profiles.

A Nvidia demonstration of the AI upscaling

The marquee feature, the AI upscaling, promises to make content below 4K look sharper, helping 4K users to get the most from their devices. Nvidia trained it by feeding a neural network thousands of hours of footage.

How does it work in practice? Extremely well. Results are natural, with no artifacts or oversharpening, but the difference is highly impressive. I left the feature on the default medium setting, though it offers low and high settings (or you can disable it entirely). Watching an episode from season three of Arrested Development that streams at 720p, there was a scene in which Gob is wearing a button-down shirt with an intricately woven pattern. With the AI upscaling turned off, there just isn’t enough resolution to see much of the pattern beyond vague areas of light and dark caused by the shadows cast by the weaving. Turning on the AI upscaling instantly brings the shirt’s pattern into perfect clarity, noticeably improving the picture quality.

When watching an episode from season three of The Office on Netflix that streams at 720p, the talking heads interviews that are a staple of the show look passable, but you can’t make out much of the skin texture on the character’s faces. Turning on the AI upscaling produced a marked difference, as every pore was suddenly visible (in a natural way), irises became vivid and crisp, and individual strands of hair were noticeable. It made things look more lifelike without looking overengineered. An episode from the first season of House, originally broadcast in 480i, looked particularly behind the times on a modern television. Sure, you can watch it and follow the story just fine, but reading things like the fine print on something like a medical monitor in a shot is difficult at best. Turning on the AI upscaling brings all those details into crisp relief.

What helps the AI upscaling looks so organic is that it does a great job of only enhancing the areas that need it. It generally leaves large, uniform patches of color and texture alone, helping to avoid any artifacts or the appearance of oversharpening. There is also a demo mode that allows you to put a before/after slider on the screen in real-time to see the difference, though it’s notable enough that you don’t need it.

I have seen the future, and it is impressive. At $199, the Nvidia Shield Pro TV is absolutely on the high end of streaming devices and more than most people need, particularly when you can pick up something like a Roku stick for around $25 (which I use on my bedroom television and enjoy). But on the other hand, if you are someone who has a discerning eye and enjoys the best image quality (i.e. you’re a photographer), the Shield Pro TV is absolutely worth the improvement in image quality. It’s important to remember, after all, that while a lot of televisions can display 4K, the majority of content is delivered in 1080p or less. The Shield Pro TV goes a long way to bridging that gap. You can get yours here.

Understanding of the Relationship Between Resolution, Details, and Shutter Speed