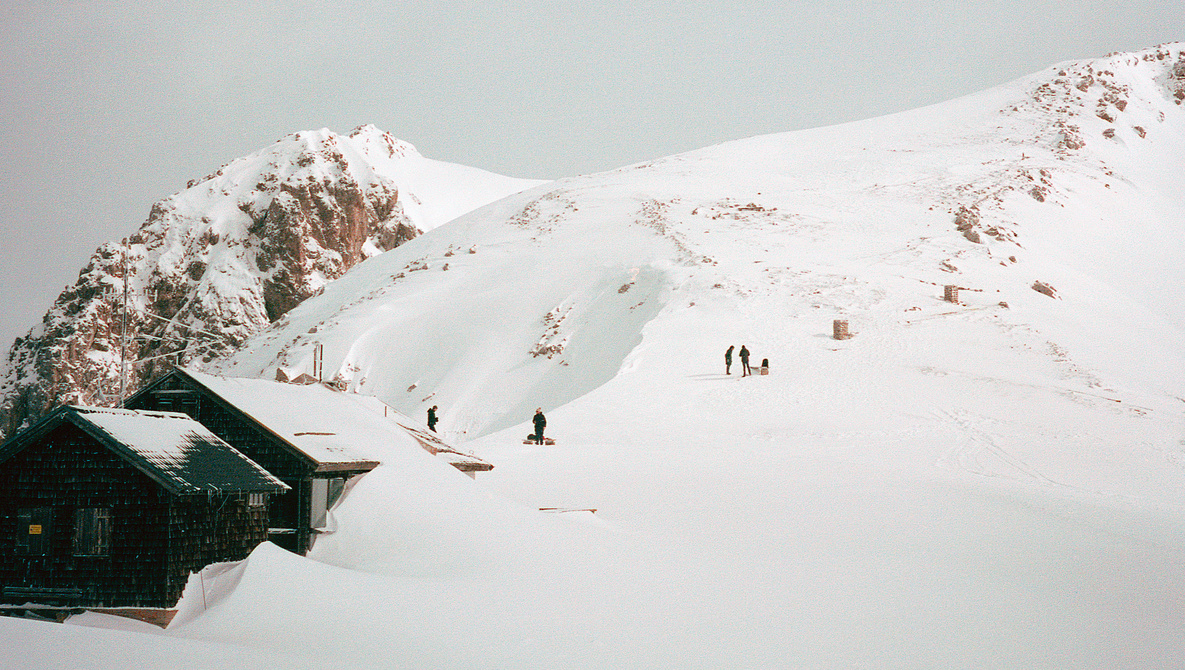 The Unofficial Film of the ‘Film Look’: A Long-Term Review of Kodak Portra 400

Kodak Portra 400 was the very first film I shot when I get back into film, and it remains my go-to for color negative film. Sure, there are others. None of them come close, however, to the popularity of Portra 400.

What’s not to love about Kodak Portra 400? It has an amazing way of rendering colors in such a way that digital photographs just cannot compare. It has an exposure latitude that just does not seem to end (as can be seen here). It is by and large the most popular film out there and, as such, is widely available and relatively inexpensive. I would go so far as to argue that for color negative film, Portra 400 (also known simply as “Portra”) is the film people think of when they think of “the film look.” I know, I know, there are many films out there, each with their own look, and they are just as much film as Portra 400. So, why can’t their look be the “film look”? To answer this, I would first like to say that I have a fair amount of disdain for that phrase. That, much like I just pointed out, there are many different types of film, so to try and pin down one specific look as “the” “film look” (much like how it’s “the” Ohio State, not just Ohio State) is a bit ridiculous. Nevertheless, it happens.

So, why then would I claim then that if there’s to be one film that is the film look, it’s going to be Portra? Great question. If you’ll refer back to my previous article analyzing characteristics associated with “successful” posts on Reddit’s Analog Photography thread, the Portra family comprised more than 40% of the top 1,000 posts on that thread. If we were to only talk about the color negative film, that number climbs up to more than 50%. That’s astonishing, isn’t it? In other words, among all of the top color negative posts, the 3 films in the Portra lineup had more representation than all other color negative films combined — regardless of brand. If you paid close attention just then and are wondering why I said “three films in the Portra lineup” instead of Portra 400, the answer is simple. Kodak has three different Portra films, each with its own distinct characteristics, with a similar color palette throughout.

Within the Portra family, there’s Portra 160, 400, and 800. Personally, I prefer Portra 800 for almost every situation except in a studio environment. With that said, however, it is considerably more expensive, and because of its speed, it cannot go through airport scanners without expecting some fogging to occur. Portra 160, on the other hand, I don’t like much at all. I actually have a very love/hate relationship with Portra 160. On a trip last year, I took a pro pack of it and hated all but two images. Those two images, however, were my favorite two of the entire trip. When it’s good, it’s great. That said, I rarely think it’s good. Portra 400, on the other hand, seems to be the Goldilocks film of the three: it’s not quite as saturated as Portra 800 but more saturated than 160, it’s not as fast Portra 800 but the fastest box speed you can get before your film has to be hand-checked at the airport, and while it’s comparable in price to 160, it’s a good deal cheaper than 800. Lastly, Portra 800 is not available in sheet film, whereas 400 and 160 are.

So, why then, if there are three Kodak Portra films, do I argue that Portra 400 is the most popular? Aside from the fact that it is the best-selling film at B&H, there’s also what can easily be seen through Google Trends. Compared with Portra 160, Portra 800, Fujifilm Pro 400H, and Cinestill 800T, four of the most popular films available in 120, Portra 400 has been far and away a more popular search term worldwide consistently over the past five years.

Upon reflection, I find it quite amusing that film photography is deemed to be a relatively archaic medium, yet a film stock that is younger than many of the people shooting film today (originally debuted in 1998 and its current emulsion debuted in 2010) has become the most common film stock out there. Perhaps the most legendary films in existence are Kodak Tri-X and Kodachrome (neither of which are color negative films) and have little to nothing in common with Portra 400 other than the manufacturer. This helps put things into perspective for me. Taken in conjunction with the Google Trends results, it is clear to see that the popularity of the film is on the rise for a new generation of photographers.

At this point, I have shot Kodak Portra 400 more than any other film stock by a mile. I’ve pushed it to as far as 1,600 with decent results, though I really like the results of it at 800. I’ve tried (and failed) to shoot it late in the evening with only artificial light. Processed at ASA 400, I’ve shot it overexposed and severely underexposed with decent to good results. All in all, I have more faith in Kodak Portra 400 than I do with any other film stock. It is so remarkably consistent that after a while, you can know what your shot will look like before you even have it processed. While it’s true that I prefer Portra 800 for the majority of shooting around home or on road trips and Kodak Gold is pretty hard to beat for 35mm, if I were going on a trip where I really wanted the best results I could get, I would pack Portra 400 over anything else.

Have you ever shot film? What about Kodak Portra 400 specifically? What are your thoughts on this film stock?

The Canon EOS R5: Thank You, but No Thank You

Starting an Instagram Hub and Building It up to 30,000 Followers in One Year