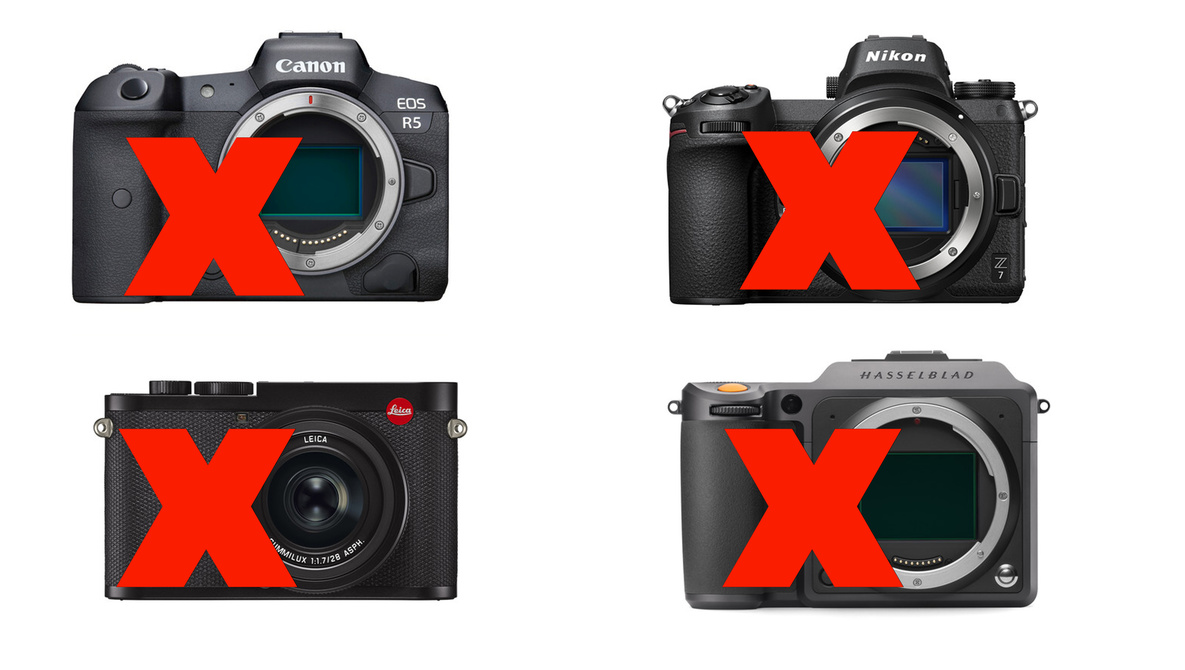 Debate among photographers about the best camera will rage unabated until the end is nigh. And there will likely never be universal agreement. Despite that, the best camera you will ever have is not a Canon, a Sony, a Nikon, or even a Hasselblad.

Have you heard the story about the time a customer approached Picasso at a cafe one day and asked him to sketch something on a napkin for him? Apparently, the man asked Picasso to name his price for the napkin sketch, to which Picasso responded by asking for $100,000. Outraged, the man claimed such a price was ridiculous considering it only took Picasso a mere 30 seconds to create the sketch. The punchline, so the tale goes, is that Picasso told the man it hadn’t actually taken him 30 seconds to create the sketch, but rather 40 years. How accurate this story is one can never be sure, but what is true is that Picasso was not an overnight success and spent almost his entire 91 years creating sketches, paintings, sculptures, ceramics, and more.

What’s my point, and how does it relate to the title of this article? The genius and the talent and the beautiful artworks that Picasso created in all sorts of mediums came from Picasso’s mind first. And through hard graft and learning the necessary skills. The works that netted him an estimated half billion dollars throughout his life didn’t magically appear because he was holding a certain HB pencil, or a specific type of horse hair painter’s brush. Picasso first saw what he wanted to create in his mind, and his mind’s vision manifested itself through his tools, be it pencils, brushes, or chisels. However, the years and years of practice and dedication and harnessing of his talent led to his greatness. The tools just helped him create what his mind saw first.

To be sure, this isn’t an article saying cameras or lenses don’t matter. They do. I’m a compulsive buyer of gear, both expensive and cheap, but not because I always think the gear is the missing piece of the puzzle. I buy new gear and gadgets because I often have visions of what I want to create and think a new bit of gear might help those visions come to fruition more readily than using the gear I already have. I don’t just buy gear for the sake of it in the forlorn hope that it’ll help sell my next image for a Peter Lik like price. To make my point, I want to share three photos with you and explain how my mind created my final version before I’d even laid fingers on a camera or lens.

The photo above was taken a couple of weeks back before Typhoon Haishen reaped havoc on S.W. Japan. It was taken late afternoon, at around 5pm. This location is about 10 minutes from my home and I often use this little back road when I’m returning home from the surf, or when I take my young daughters out on my bicycle. Every time I came past this bridge I’d make mental notes about composition and what I had to take into consideration to get a good shot. I knew it had wonderful potential, but I also knew there were a few things I had to account for.

In the end, I knew it had to be late evening, because the sun would shine from the back of the mountains onto the train and illuminate the yellow on the train and the browns on the bridge. It also had to be a day when the sun was shining in order to get that illumination and the reflection from the train. I also knew it had to be a very high tide – like tides that comes with full moons — as the boats on the left get stuck in an ugly, grayish, brown mud that’s highly visible on the lower tide. Finally, I had to be there at a specific time because the trains only pass once an hour at that time in the evening.

With all those things in mind, I’d often drive past this spot and see perfect light, but realize the tide was too low. Or I’d see great light and a nice, high tide, but then realize the next train wasn’t coming until close to dark. All of these thoughts about light, composition, weather elements, and timing all come back to the hours I’ve spent over the years with photography and other forms of art. Thus, when the time came to actually get this shot, it was relatively straightforward. I knew where I had to stand, I knew the technical aspects of the camera and lens required, and then I just pushed the shutter button and did some work in post-production. I could have used a Canon, a Nikon, a Sony, or anything else that allowed me to get what I wanted. It was the mental picture and preparation that made this shot work. Let me show you some other pictures to prove my point.

I took this photo from the identical position as the first one. It was at a similar time of the day but as you can see, the results are in stark contrast to each other. In this photo above, the sun was hidden behind a thick bank of light clouds, which took all of its amber glow away. Further, the tide was much lower, and you can see the impact that had on the boats and the water. There’s even an an old, buried boat stuck in the mud. Not very picturesque at all, is it? Finally, without the train, this is simply a bland, boring shot. Yet, it’s taken in the identical position to the first one, with the same camera and the same lens. Let me give you another example below.

The photo above was also taken late in the afternoon. This time, I went to the other side of the bridge and took my shot of the train from there. Because of the overcast conditions, there’s no orange glow, nor a reflection of the train. There aren’t any boats in the frame either, and the only real element of interest in the foreground is those exposed rocks which show themselves on the lower tide. Again, a rather drab shot of a location that has so much potential. Of course, you might say that I should have taken photos in better light to do my comparison, but that just serves to strengthen my argument, because it shows that you’re thinking about the light before you’ve taken your camera out.

In closing, there are a lot of elements that go into taking good photos, and many of them include things that have nothing to do with the gear you’re using. Your understanding of light, color, weather patterns, composition, and gear all go into getting the image you want. Without the first four I just mentioned, it wouldn’t matter what camera you were using, because if you don’t understand light, composition, and so forth, then all the gear in the world won’t help you. To be sure, gear can help turn a good image into a great image, or get you exactly what you want instead of getting you kind of what you want.

But the computer that is your mind, and all the information it can process and synchronize and synthesize, will almost always be better than the camera you’re holding in your hand when it comes to getting you that really great image you want to hang on your wall or put in your portfolio. What do you think? Please leave your thoughts in the comments below.

A Review of the Canon EOS R5 for Stills Photography