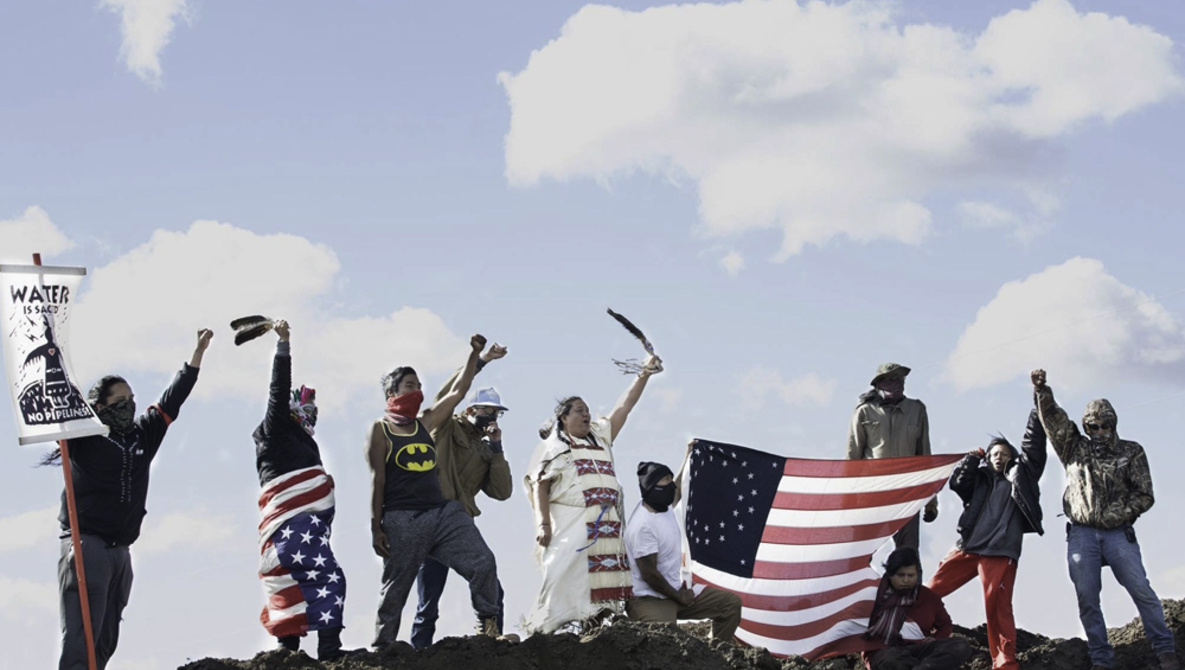 The essence of channeling your inner muse to create amazing photo-journalistic images requires a very specific mindset.  Here are a few tips I’ve learned on perfecting your photojournalism skills to create more powerful intentional images, and these tips can be adapted in other forms of photography to fit your purpose.

When I first tried my hand at photojournalist photography, I focused on being fast: fast to get a shot, fast to move on and fast to catch up. I’ve learned that waiting is actually one of the most important things to do amidst the chaos of the real world. The cool thing about photojournalism is you don’t have to tell people what to do and how to pose. Luckily, people do pretty interesting things, but they usually aren’t thinking about posing for a camera when being photographed in a journalistic setting.  This means we have to wait for them to be aesthetically pleasing to our camera. When you wait people sometimes become more evenly spaced, more active and emotional etc.  That’s when you pounce.

My trips to Standing Rock were intense on a level I could not anticipate. Not only was this one of the first major events I’ve ever photographed, it was personal and emotional for me to even be there. One of the only things that gave me strength both emotionally and artistically was patience. The image on the left was one of the first I took of this scene, I liked it but knew something better would happen. So I waited with my camera ready in the frame I chose. The scene was too crowded but then after a few moments, one of the riders was finally by himself in front of the row of the armed and ready policeman. Waiting and having my frame ready for the golden moment led me to end up with a much more powerful image on the right. 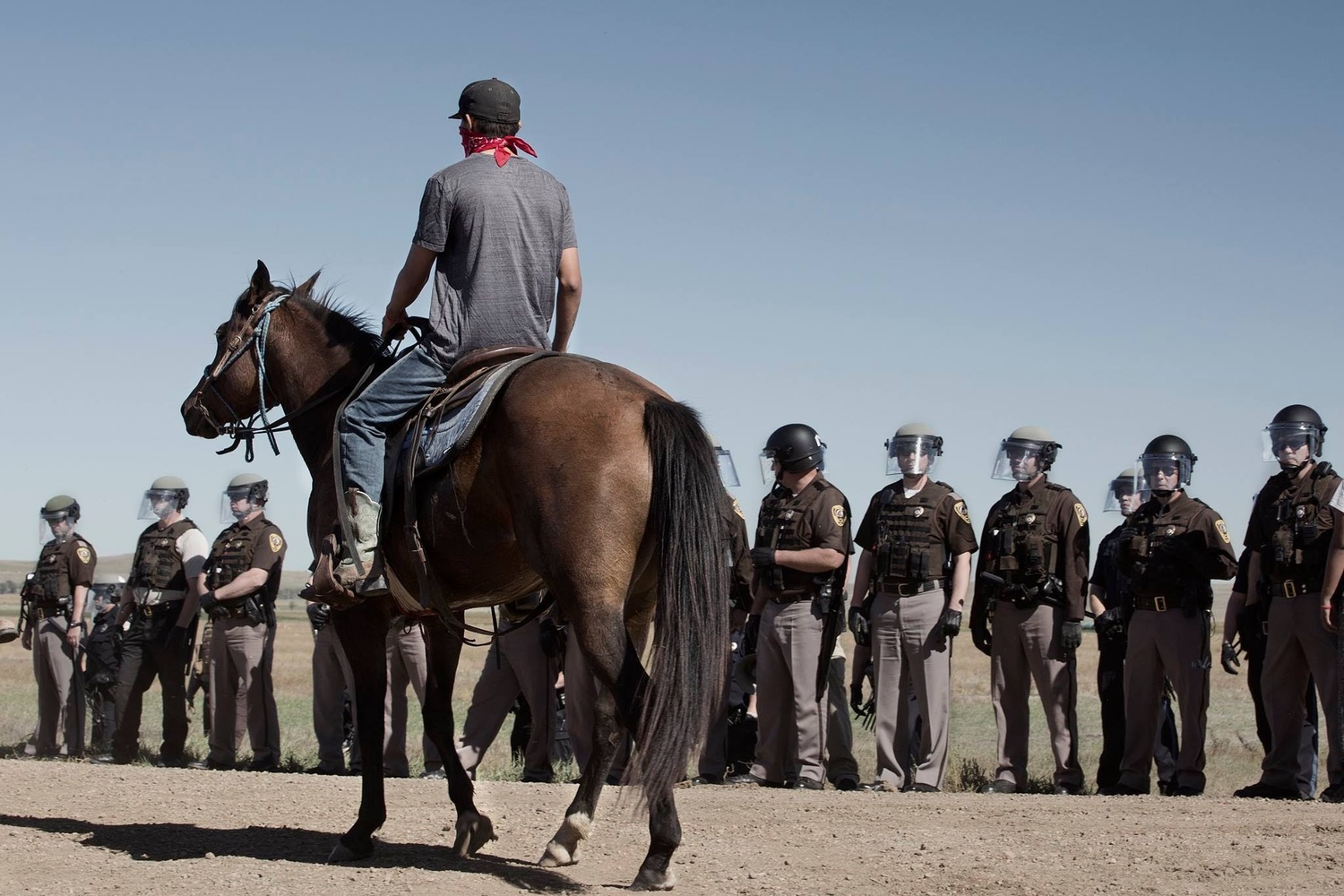 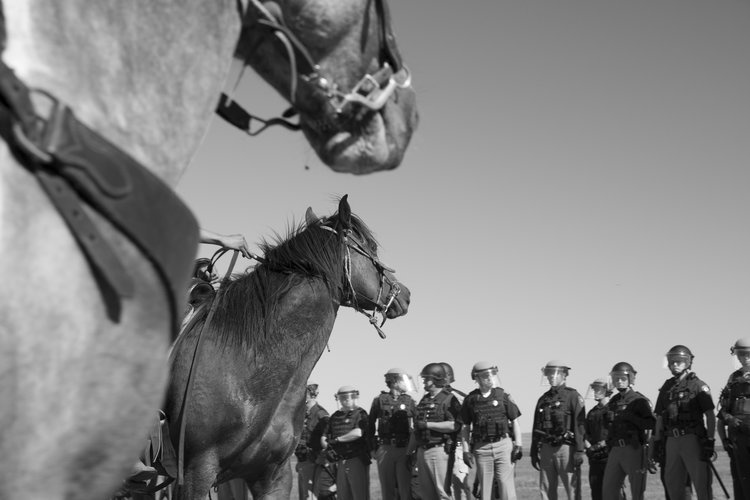 This is another example of a moment I waited for. You could even say the moment found me, and I was there, waiting, ready. I was walking slowly in the crowd, moving closer to this young man, with my camera pointed towards him. I knew he would look at me if I crept up on him in the crowd of water protectors walking, like a deer in a field. If I hadn’t waited for him to look at my camera, this photo would not have been very interesting or have lacked emotion. Being able to convey the powerful emotion locked behind his eyes was the result of timing, and made the difference between telling the story that existed, waiting to be revealed, and just an average stock photo. 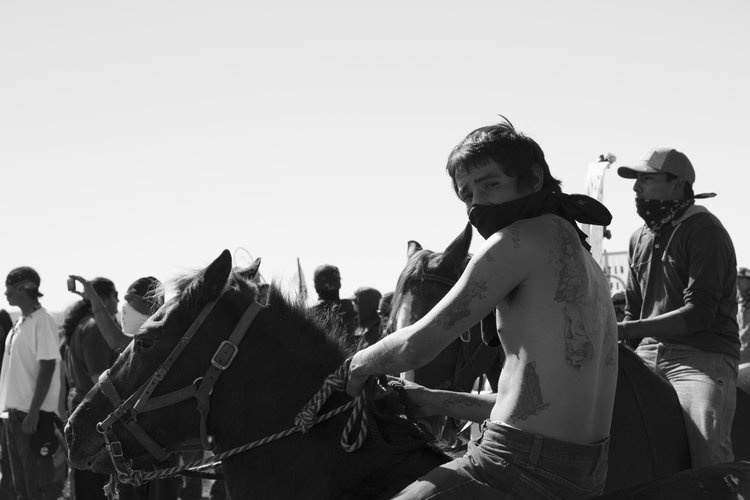 A water protector on the front lines of standing against the Dakota Access Pipeline, Standing Rock, North Dakota, 2016.

To capture the whole story with your camera you have to move around, not only will you get different perspectives but it makes people look at you. When you move around you usually don’t have to tell anyone to look at your camera, you’ll naturally get their attention as you move in and out of peoples views. Move in front of people, behind them, back out for wide views, get low for dramatic views and get a scene from all angles of a situation.

In this image, I was hustling backward on the side of the road as the water protectors walked in prayer. On this day, there weren’t many children as it was becoming too cold and too dangerous for them. I’m glad I got this shot because the next day in this exact spot where the boy walked, the peaceful water protectors were attacked by police and private contractors, with cold water cannons and grenades on the freezing, windy North Dakota night of November 20th of last year. 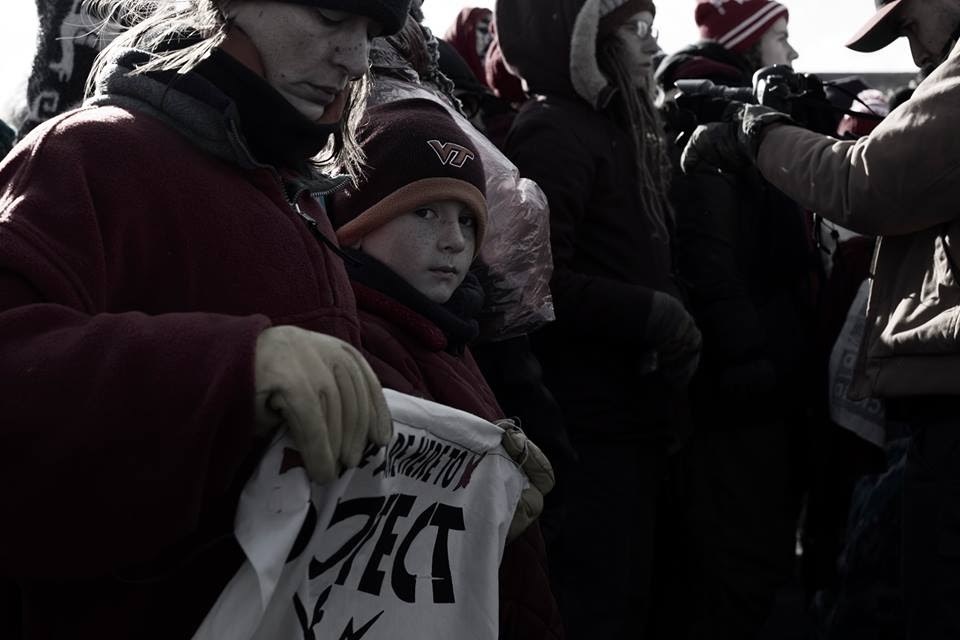 A young boy standing beside his mother as they stand against the Dakota Access Pipeline, Standing Rock North Dakota, 2016. Taken By Gabrielle Colton.

Photojournalism is all about telling a story with your images, to do this in the best way you have to move around to capture the sides of the story your photographing. 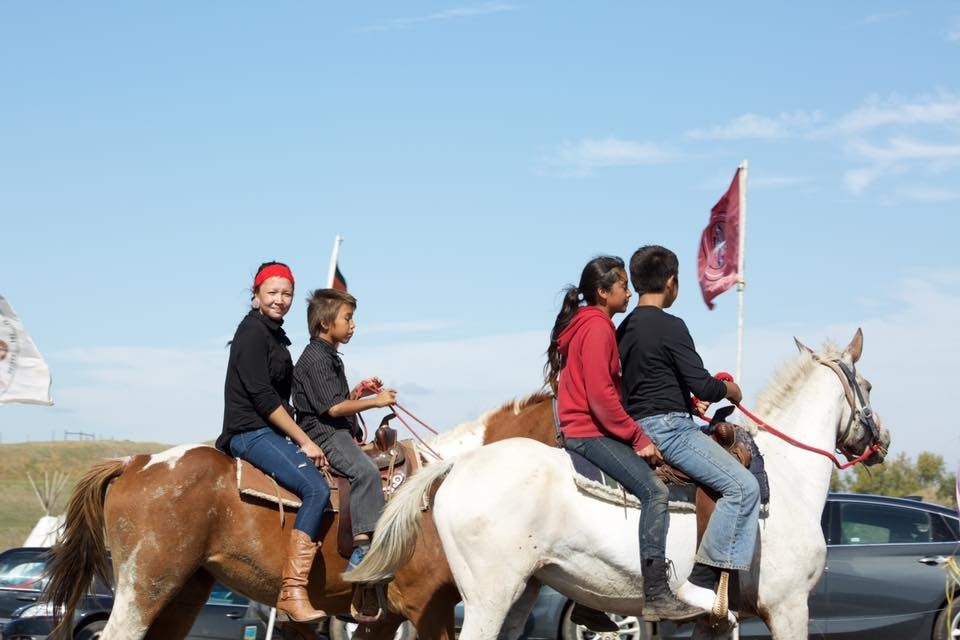 The horses in Standing rock were always beautiful and majestic in every setting, but photos of them amongst what they’re up against are the ones that grab people’s attention the most. To show more of a whole story in these images I moved around a lot to find this spot where I could get the police vehicles and actual pipeline in the background behind the horses. The constant movement showed me the whole picture, and once the appropriate angle sang to me, I listened, and I used that inspiration immediately. 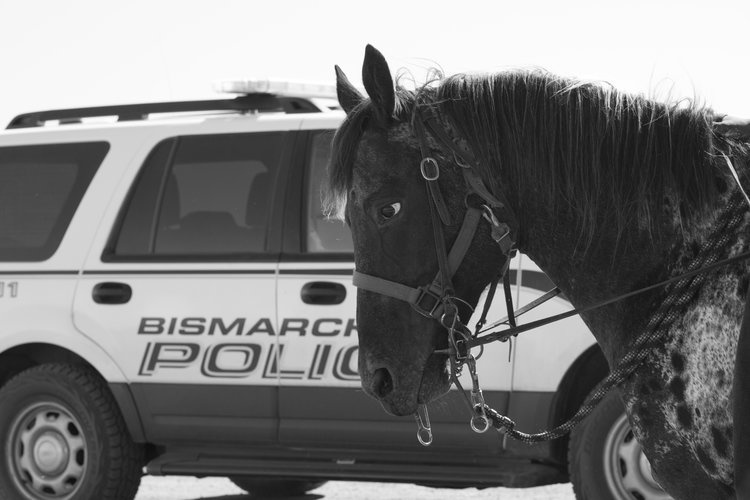 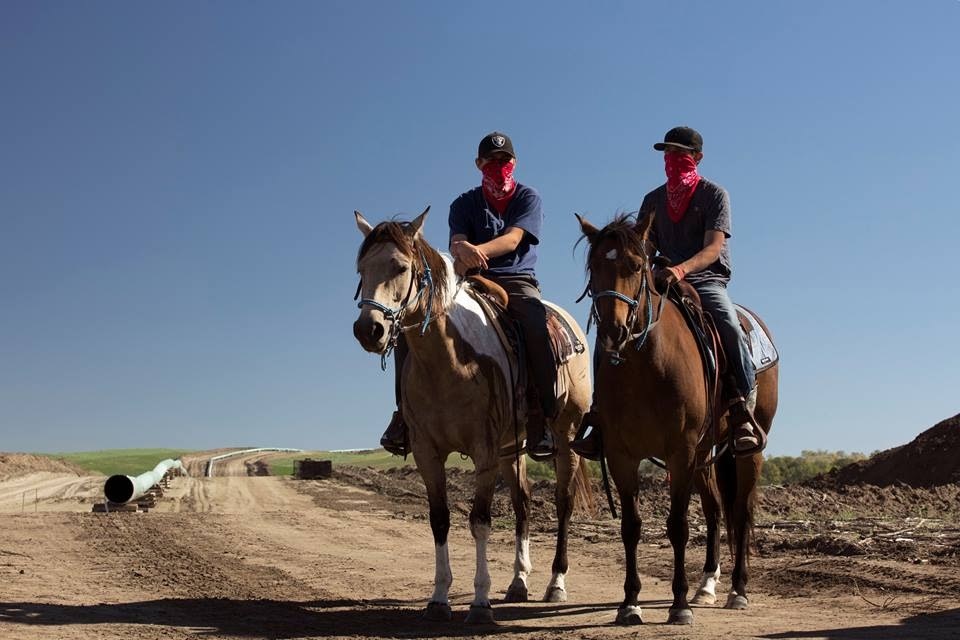 During my trips to Standing Rock, I had to gain the confidence I had never had before as a photojournalist. Confidence frees you to perceive your environment and the scenes inhabiting your view, which otherwise would be obscured by our fears and insecurity. When first arriving for my second trip in November 2016, we had to check in with media and attend a briefing on how to handle ourselves as media due to the omnipresent danger.  Because I had a camera in my hands I was afraid I would be viewed as a threat to the police. We had to write the legal department’s phone number on our forearms in case we were arrested. Many photographers and reporters arrested did not get their equipment back, and did not paint the pictures they intended to as a result.

After the briefing, I have to admit I was horrified, not only of being arrested, but of losing my footage, my treasure. In spite of this crippling fear I had to learn to be okay with standing in a crowd. I learned to be comfortable and exist in the forbidden spots where I was not “supposed” to be. Free from the crowd, and naturally serving as a lightning rod for attention, I was able to beckon the most honest emotions in my direction. I constantly paid attention to police and everyone around me when my eye was out of my viewfinder, but, when I was shooting away, I had to completely ignore them to focus and get the shots I wanted. I had to compartmentalize part of my perception to dwell on my environment, and check for threats to myself, while focusing my perception and ultimately my camera on these compelling striking figures, waiting to be photographed. 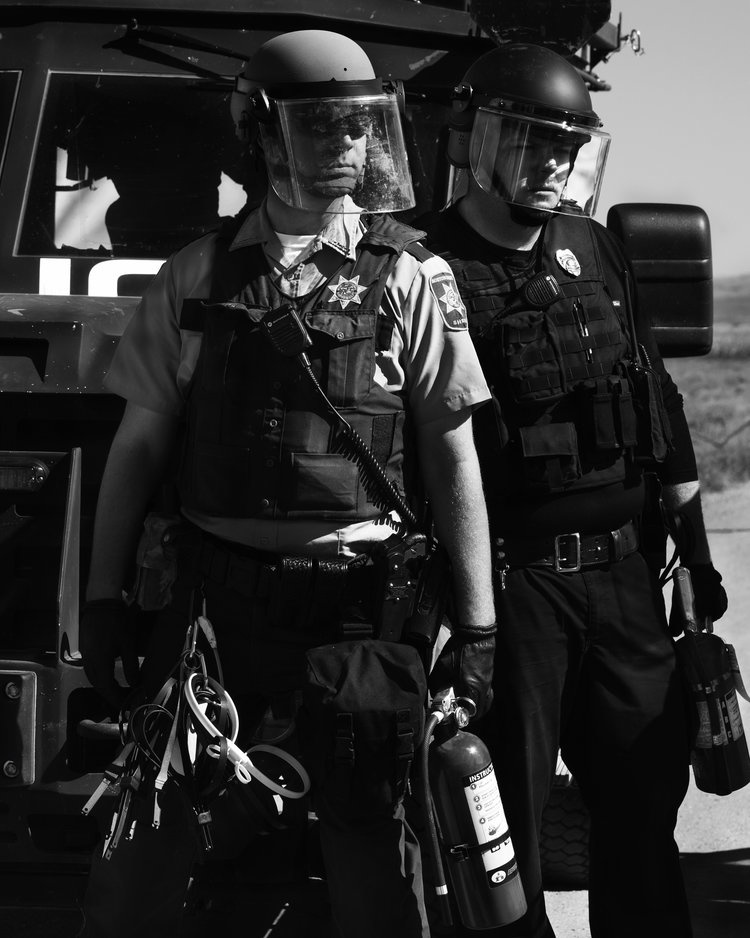 5 Tips for Taking Great Shots of Cities at Night