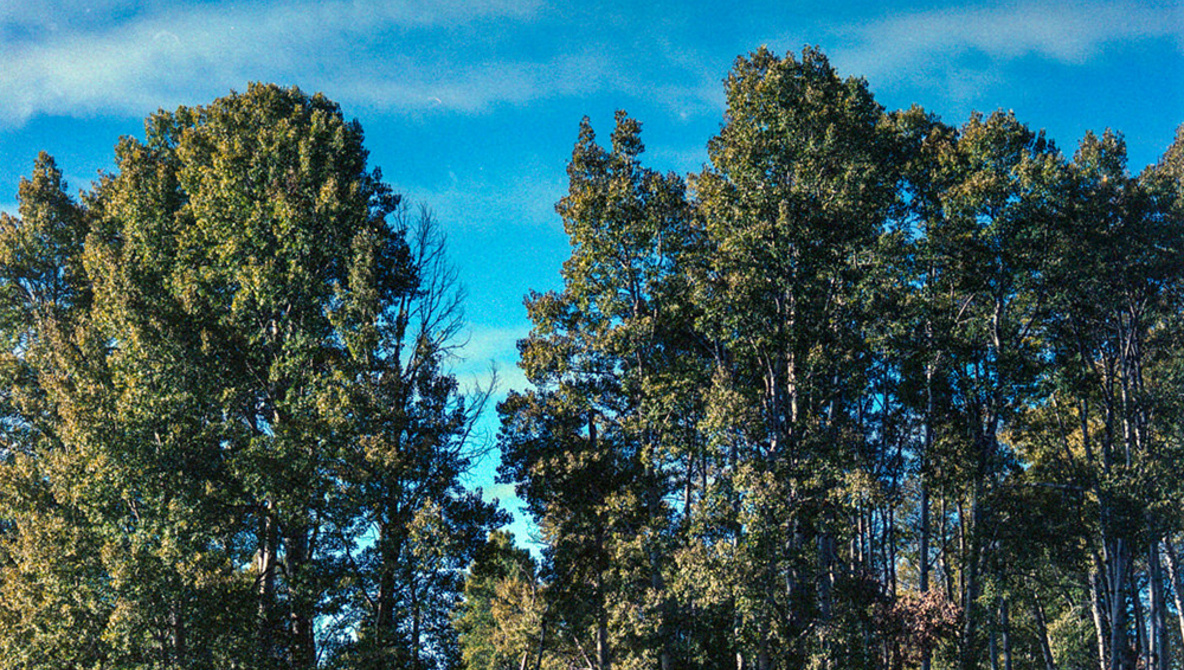 Airport authorities officially say that film at or above ISO 800 may be damaged by X-ray scanning. But they really should tell you that ISO 800 film will be damaged and that less sensitive film still could be affected. I found this out the hard way. Here’s how I learned an important lesson along with a few other tips for avoiding issues while traveling with film.

I’m a big film shooter and even run a small film camera rental company. It’s not like I’m a stranger to the process of hand checks and lead film bags to protect my film from X-rays. But for all the times I did so well and was so careful, how many mistakes might it take for all my film to be ruined? You guessed it: it only takes one, folks!

I flew enough last year to benefit from Southwest’s Companion Pass. So it’s a fair bit of flying. And every time, I load up my bag with all my film inside yet another lead-lined film bag that keeps all my film “completely safe.” When I leave it in the backpack to go through the X-ray machine, there’s about a 50-percent chance that it gets hand-checked by TSA (at least in the TSA Pre-Check lanes I get to use). But by taking it out and running it through separately, that likelihood drops by a factor of five. So I keep it handy and treat it as the lowly people who aren’t in Pre-Check treat their laptops: out it comes every time before it gets X-rayed.

Meanwhile, I often travel with my Hasselblad 203FE kit in its own hard case. This keeps all the film backs, loaded or not, in one place. While the camera and lenses themselves go through, I am adamant about having each back with ISO 400 and higher film in it hand-checked. If it’s only for one or two legs of a flight, I’ll let the lower-ISO film (at ISO 50-100) go through. Having an item hand-checked is your right, by the way. If you ask for it, they have to give it to you. So do it (we’re about to find out why).

On a recent trip back home for the holidays, I had half of a roll of CineStill 800T (great film!) still ready to shoot in my Hasselblad back. A person in front of me made the biggest fuss over being searched and gave the TSA agents the hardest time. It was incredibly awful to watch. So, after taking my lead film bag out and placing it on the belt, I opened my Hasselblad case to grab that one, half-filled back.

I actually started feeling guilty for the TSA agents as I looked at the lineup of what was about to be inspected through the X-ray machine. Honestly, most of them are pretty good people who deal with incredibly — how should we put this — unintelligent, short-tempered people all day, every day. So, I closed the lid of the case and decided just this once, it could go through. Just this once, I’ll trust TSA’s ISO 800 guideline. Naturally, this was so incredibly dull of me that I can now call myself a hypocrite after calling the entire general public unintelligent and short-tempered.

Once I received the film back from the lab, I received the unfortunate news that there were wavelength-shaped patterns of fogginess across my film. This wavelength pattern shows up literally as a wave of fog that travels up and down like a standard sine wave across the entire roll and is indicative of the exact type of damage X-ray scanning can cause. Other types of damage include general narrow or wide banded areas of the film that are noisy or foggy with reduced or obliterated shadow detail. Color film also often exhibits greenish hues when exposed to X-ray radiation.

Notice the foggy wave that spans across the bottom third of the bottom set of images especially. These frames also exhibit increased amounts of grain and terrible shadow detail, although they were exposed enough to blow out plenty of highlights in the center.

However, the roll outside of the film bag wasn’t the only one that was affected. In fact, it wasn’t the film that was in the Hasselblad back unprotected by a lead pouch that I first saw with these banding issues. In fact, all of the film in my film bag had somehow been effectively ruined. What I found out upon further research was something that, unfortunately, I had read before and simply chose to ignore.

In fact, when your baggage is X-rayed, it goes through a low-power scan, first. If something looks suspicious or is difficult to see, the power is increased until the agent behind the computer can either see what is inside the bag or decides to have it pulled for further inspection. During this process, the protection of a lead bag is no longer so great. Moreover, while I normally travel with just a few extra rolls as backup, I had been traveling the last few months with a much broader film choice as part of ongoing tests I was conducting during each shoot. But this meant less rolls were actually shot on each shoot, and I ended up traveling with and re-scanning ten or more rolls over a half-dozen times.

Naturally, one scan may not hurt medium-sensitivity film, especially when protected by a lead bag. But when that film undergoes higher levels of X-ray radiation blasts multiple times over several months, all of that goes out the window. X-ray is just a higher-energy form of light outside the visual spectrum. And as such, its effects on film are cumulative, just as are the effects of longer exposures. And just that quickly, without thinking, I once got back a handful of rolls of completely fogged film. 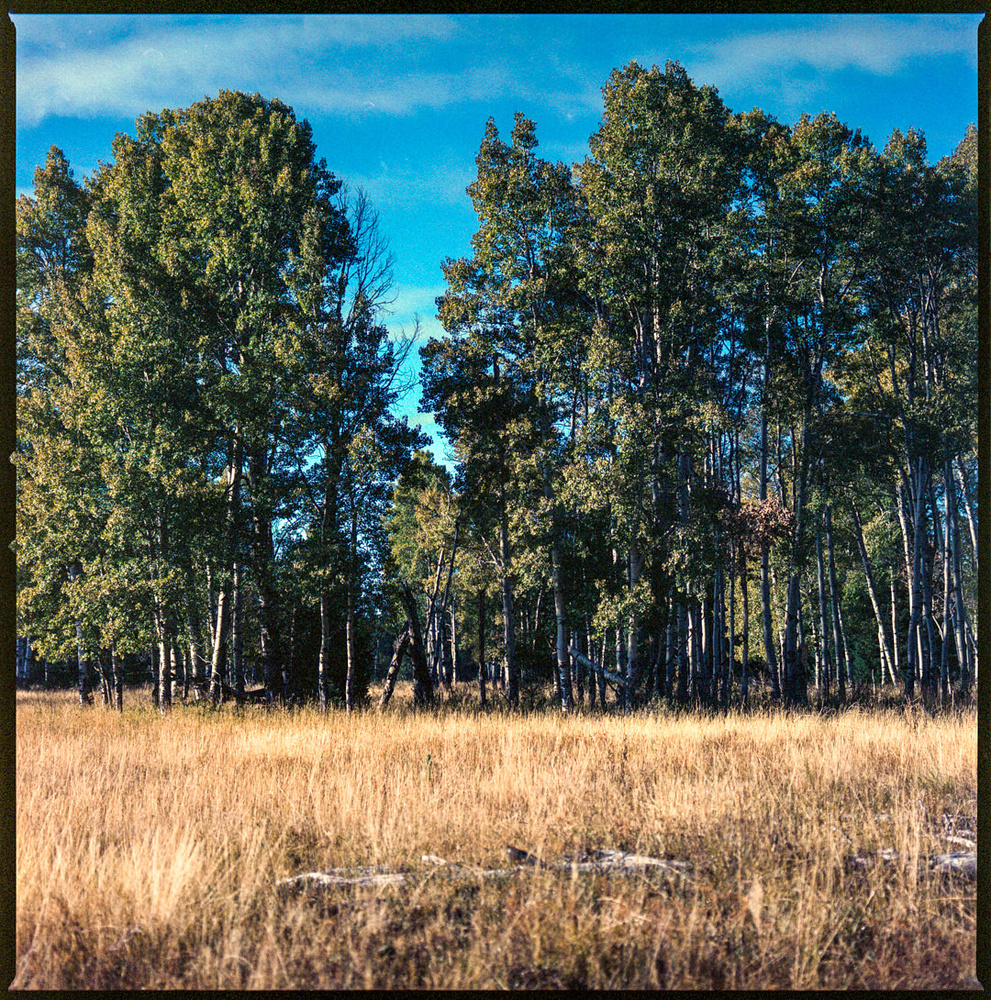 How to Avoid Ruining Your Film

Here’s how to not be me and how to stay safe — forever — with your rolls of film.

While Kodak is generous enough to leave up an online article that covers the effects of X-rays on certain types of film and in various scenarios, that article was last updated in 2003, so don’t count on X-ray machines being too similar today. The article is, however, extremely detailed and already warns users of X-ray exposure of film as slow as ISO 400 even once. So it’s safe to say TSA is doing some of its own wishful thinking on behalf of all film shooters with its ISO 800 guideline.

The important thing is to be as safe as possible no matter what you run into. Some things you just can’t help. Sometimes you’ll run your film through x-rays 11 times, and some rolls will be okay while others are not. Not all of my rolls were ruined. But it’s impossible to know which ones were and which ones weren’t without shooting them. And that’s not a chance I can take on a shoot for a client. Those rolls are now “experimental.” And anything that comes back from the lab too fogged over will be a waste of at least $20 each time. That’s the bummer. Don’t be like me. Enjoy your warm-weather travels with film and stay safe out there!

The Most Comprehensive Photography Guide to Iceland