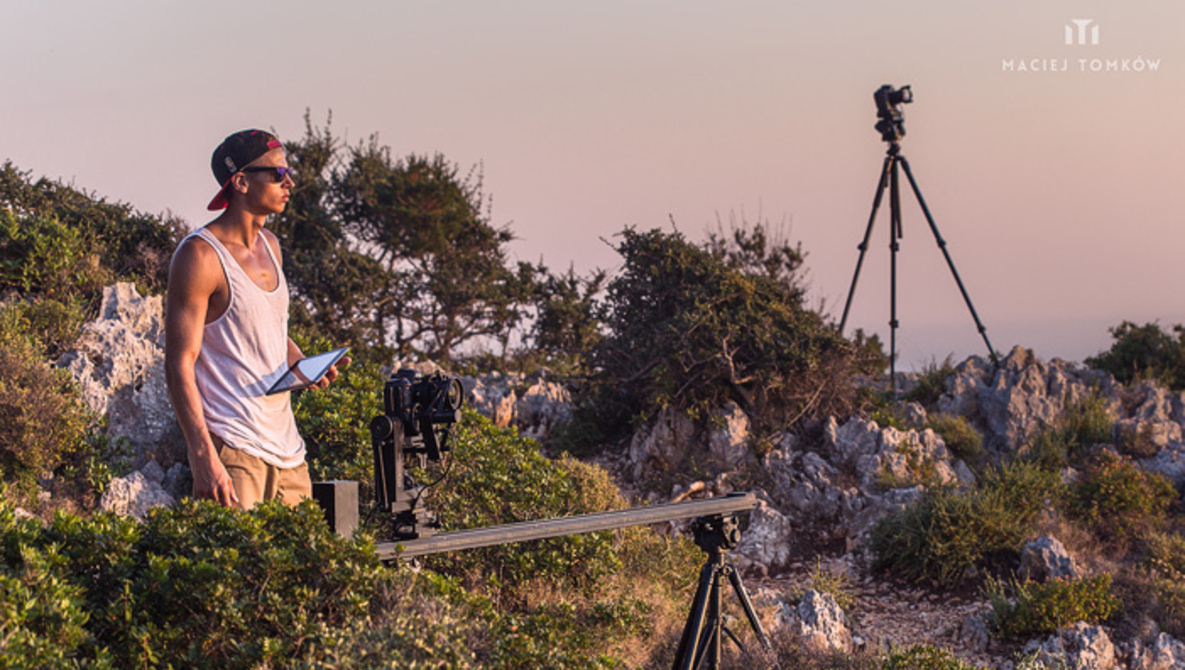 Polish cinematographer Maciej Tomków’s “Treasures of Zakynthos” is a beautiful, award-winning time-lapse that highlights the titled Greek island. Going far beyond only filming for the final project, Tomków also took the time and care to create incredibly well-done behind-the-scenes videos that give a true sense of what production is like shooting epic time-lapses. If you’re passionate about photography or videography, you’re going to love these “Behind the Time-lapse” creations.

First, I just want to lay out this article for you because there is a lot of awesome material to check out. Above you will find the final video, “Treasures of Zakynthos,” which recently won Best Time-lapse at the Los Angeles Independent Film Festival and was selected as a Vimeo Staff Pick. Below there are three behind-the-scenes videos that are all must-watches for us photography folk. The first is a freshly released eight-minute video where Tomków goes into detail about the project, from its genesis to specific shots to what he learned through it all. Below this video are two time-lapse videos that show the time-lapse filming production. Yes, Tomków created time-lapses of his time-lapsing (Yo Dawg), and not only that, they might be just as amazing as the final film. Under the videos, we also have behind-the-scenes images that were shot during production. Keep that drool bucket handy, because you’re going to need it.

Tomków describes the island of Zakynthos as “a must-see for everybody who loves to travel and seeks for an adventure.” He set out to prove this description days after first staying on the island working on another project. “I didn’t plan to make my own independent film from the beginning,” said Tomków in the behind-the-scenes video above, but once he discovered that no one else had attempted time-lapse photography spanning Zakythos, he knew he needed to make “Treasures of Zakynthos.”

The production of this film required 4 trips and 840 hours spent on the island. Each shot took 6–12 hours on location, and in some cases even longer. After 28 days shooting on Zakynthos, Tomków had accumulated 3TB of time-lapse footage and then spent 380 hours in post-production working on “Treasures of Zakynthos.”

The filming equipment that was used weighed 100 kilograms all together and included the Canon 6D, Canon 7D, Canon 5D Mark III, and 5D Mark II. For motion control, Tomków relied on the DitoGear Multi-Axis Motion Control System. All this gear traveled 2,000 kilometers with him across the island.

Tomków said one of the most challenging shots for “Treasures of Zakythos” was a dolly zoom “Vertigo”-style time-lapse where the camera slides away from the foreground but at the same time increases lens focal length. This causes background objects to grow in size relative to the foreground.

All images used with permission.

How to Avoid Having to Check Your Camera Gear When Flying