True to Its Namesake, Omnicharge’s Omni 20 Charges Even Your Power-Hungry Laptop On the Go 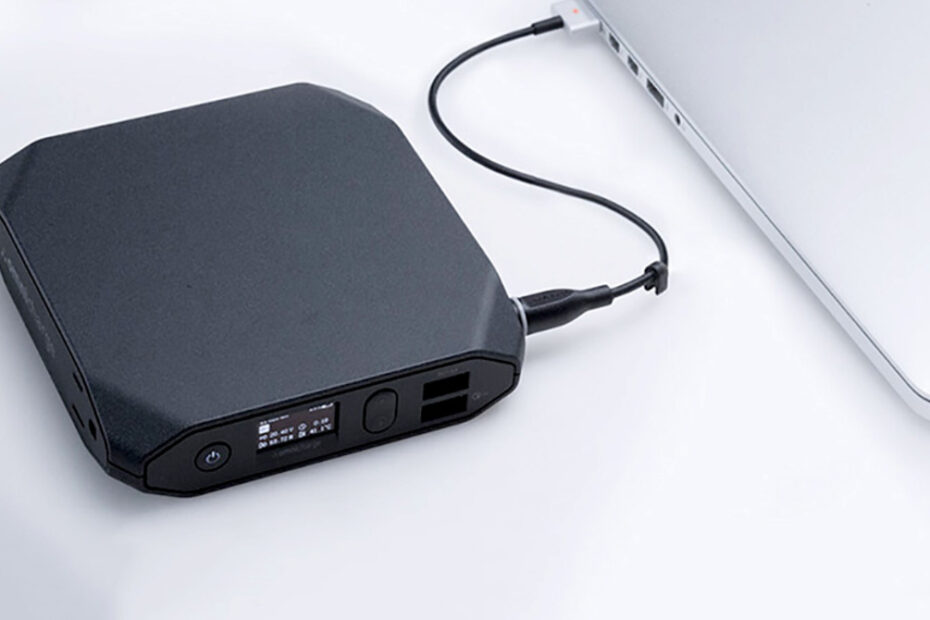 True to Its Namesake, Omnicharge’s Omni 20 Charges Even Your Power-Hungry Laptop On the Go

Keeping your gadgets charged on the go is essential if you travel a lot and expect to get any work done on the road. Thanks to the millions of battery packs that are out there, charging your phone is easy enough. But what if you need to keep your laptop charged while off the grid for a day’s shoot or while on a long flight without an outlet? Omni 20 is one of the only, and most recent, solutions that will charge anything you throw at it, including that ultra-powerful new MacBook Pro.

What started as an Indiegogo project has turned into quite a successful, high-quality power pack for the true road-warrior. Omnicharge’s battery packs come in two variants: Omni 13 and Omni 20 with 13,600 mAh and 20,400 mAh, respectively. While the Omni 20 is likely the one you’ll want to spring for, we’ll start out with the features of the smaller Omni 13 and build up from there.

Omni 13 shaves about an inch off of the size of its big brother and weighs in at just 0.83 pounds. Its weight just about directly correlates to the 2/3 battery capacity compared to the Omni 20. The Omni 13 has two USB charging ports that support 5V and 4.8 amps total. But the special part is the combination AC port that supports up to 65-watt charging of any device through its original charger and barrel port that supports charging from virtually any adapter you may have laying around with the right dongle from Omnicharge. Pass-through charging enables charging both the battery pack and your device at the same time, and several buttons and an OLED screen give you full control over what’s charging, how much time you have left at the current output levels, and various settings the pack has.

Omni 20 improves upon the 13 in almost every way. Along with a capacity increase comes support for charging 100-watt devices such as the newest MacBook Pro with Touch Bar and some of the other larger laptops out there. It’s also the most powerful battery unit an airline will let you take on the plane with you. One USB port supports 5V/3A while the other simultaneously supports Qualcomm’s QuickCharge 3.0. Another major feature unique to the Omni 20 is its ability to also charge devices via its barrel port. This saves a huge portion of capacity by increasing efficiency that would normally be lost by pushing power through both the Omni and then through your laptop’s AC charger. Instead, a barrel port adapter for MagSafe (or any available adapter for your laptop that you can get through Omnicharge) lets you maximize the battery capacity that actually makes it to your laptop. The only caveat to this is that there is currently no USB-C adapter, leaving owners of USB-C-charging laptops stuck with using the less efficient AC-out along with their laptop charging adapters; but it still works. Finally, WPC-certified Qi wireless charging is also included in the Omni 20 for your compatible devices.

To get all of this, you’ll be carrying around a slightly larger device that weighs about 50-percent more than the Omni 13; but it’s worth it if you ask me. There isn’t really a such thing as a place you could take an Omni 13, but not your Omni 20. And you get a whole lot more out of it.

Charging the device takes about two hours. To increase efficiency, the USB ports can be turned off when not in use; but a simple button near the display starts the flow of power to both ports. A similar button in the same area powers up the AC port. The third button turns the entire device off and on with a single press while a double-press takes you into the menu where you can set the power output for the barrel port (on the Omni 20) from one to 20 volts with 0.1-volt accuracy. Don’t know which setting to use? Simply look at the power brick that comes with your device – somewhere on there you’ll likely see some voltage rating (my 15” Retina MacBook Pro charger says 20V).

Everything about the Omni 20 worked as promised for me except for one thing — sort of. The actual barrel port charging through the MagSafe cable was a bit finicky. When I first used it at the 20V setting, it worked perfectly. But subsequent uses didn’t seem to actually trigger charging on my laptop. Sometimes the green light would come on and then turn off right away without ever turning orange. Other times the light would stay green and the laptop would never begin to actually charge. Eventually, I found luck at a lower voltage setting of 16V, then at 16.5V when that stopped working. This made me quite uneasy.

An email back and forth with Omnicharge showed that it may be the chip inside the MagSafe cable that may have been acting up, so I tried another adapter I had from another Omni 20 I had ordered through the Indiegogo campaign. This one seemed to work much better. There is still the slight nuisance of the cable detaching relatively easily, which causes the barrel port to automatically turn off its power output setting for safety. A setting to automatically use the most recently used voltage setting for the barrel port’s DC-out charging helps alleviate this issue, but it’s still slightly annoying to have to turn it on again every time it gets bumped out of place. And yet, this remains the best and only solution like it on the market, and it’s also the most power-efficient.

One thing you have to keep in mind before I jump into the numbers is that there are a lot of factors during charging, the biggest of which is the fact that I get only about one and a half to two hours out of a full charge on my laptop when I’m actually working. This is because I have multiple power-hungry applications all working at once. So I’m going to rate this in relation to how many equivalent full battery charges my laptop gets as opposed to added time. You may see seven hours of added time, and another guy might see an hour and a half. Rating by the amount of charge relative to a full battery is a much more useful, universal, and accurately quantifiable metric to go by.

When using the three-pronged AC port (the standard plug that I then plug my normal laptop charger into), charging was as reliable as plugging into a wall. However, the power drained quickly because of the loss in efficiency, lasting hardly more than 30 minutes before dying. Keep in mind that the laptop had absorbed some additional power during this time, meaning I got about an extra 20-30 minutes on top of that. So the Omni 20 gave just under an hour of extra work time on my laptop when using the AC out feature. In other words, this is nearly 50 percent of my laptop’s battery capacity since it would normally last almost twice that time (previous tests with similar apps open and used yielded battery-only times of 1:36 to 1:57 for the battery in my laptop).

With the barrel port, Omni 20 got me quite a bit further. This time, I did a full cycle in a real-world environment from a 100-percent laptop charge. I kept my laptop unplugged and simply let it drop as I used it for a Lightroom edit. An hour and fifty minutes later, the battery died, and I plugged in the Omni 20 to charge the MacBook Pro at the 20V setting.

Given how I’m using my laptop, it was scary to see how fast the battery on the Omni 20 was dropping. But when you consider the final results, you realize it’s actually impressive and not scary at all. Plugging in from a dead laptop at 10:00am, exactly, the Omni 20 showed 72 percent left after just 16 minutes. Again, that sounds scary, but bear with me. At three percent left, the Omni 20 stopped charging the MacBook Pro (likely because it couldn’t keep up the proper voltage with that little juice left), leaving the computer with 30 percent of its own power to still run on. Forty minutes after that, at exactly 11:40 a.m., the laptop finally died. Since the Omni 20 brought it up from nothing and gave an additional hour and 40 minutes of usable power-user life to my laptop, I would say it provides just about an entire laptop’s worth of battery to my computer by using the barrel port. Indeed, driving the computer from a full charge with an additional Omni 20 on standby yields a full three to three and a half hours of runtime.

These test were done while importing and editing in Lightroom, having Photoshop open and doing occasional three-image panoramic merges, keeping 110 tabs across six Safari windows open (what can I say? I do a lot of research), having another 20 tabs open in Chrome, and running Mail and iTunes in the background (but without really using them). Meanwhile, CrashPlan, Box, Dropbox, and Google Drive were all synced up, but also running in the background. And screen brightness was, as always the case with me, at 100 percent.

No matter the connection type you choose for your laptop charging needs, it’s safe to say that Omnicharge’s solutions are the most efficient and, most likely, the only realistic options for your on-the-go laptop power needs. The flexibility provided with the dual USB ports, Qi wireless charging, and both the AC and DC ports is unmatched (Omnicharge claims its product is the only one to support AC charging) with the Omni 20. Adding the fact that the barrel port can accept charging from a nearly endless array of adapters and electricity specifications with smart features that manage the power input and output at all times for the safety of both you and the device, this is quite the package. For users that don’t quite need all that, the Omni 13 is still a great solution at 2/3 the capacity, weight, feature list, and price of the Omni 20.

The Omni 13 is priced at $199 while the Omni 20 goes for $299. While they were much more affordable for the original crowd-funding campaign, these are premium power packs at premium prices that you’ll have to use to justify the expense. But if you need it, Omnicharge has something for you that’s well worth it.