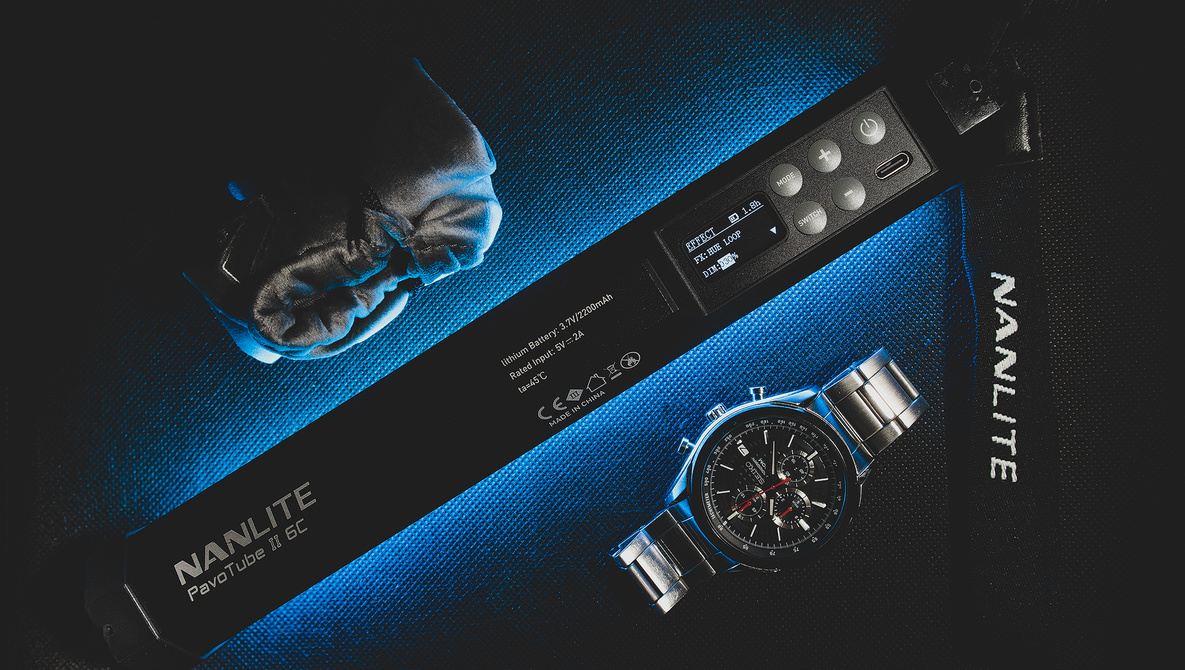 Whether it be for shooting stills or lighting vibrant video clips, lighting solutions have really started to come in more shapes and sizes.

I first came across RGB wands when we were having our engagement photos taken at the start of this year. The fact that such handy little tools can create such a variety of vibrant tones and match ambient light was quite intriguing. After all, we photographers definitely love innovation in anything that involves our craft.

Nanlite first emerged with their Pavotube RGB wands in the middle of 2019. These tubes came out in the form of the 15C and the 30C, with lengths of two feet and four feet, respectively. While they already light and portable to begin with, Nanlite just released the smallest version of the Pavotube line, the Nanlite Pavotube II 6C.

This version comes in at just 25 centimeters (barely a foot) and weighs 260 grams, as it is mainly made of hard plastic, a metal rear panel, and a few magnetic plates. The diameter is just 3.9 centimeters, which fits an average palm perfectly. On the back is a back-lit control panel for switching modes and adjusting brightness and colors. Right next to the buttons is a USB-C port for both charging and updating the device’s firmware.

On both ends of the tube, you will find standard ¼-20 screw threads for mounting the included wrist strap or mounting the Pavotube onto a tripod, friction arm, a clamp, or virtually anything with a ¼-20 thread screw. This allows one to use it and mount it on a variety of surfaces with the right combination of mounting solutions. In addition, both ends of the tube are lined with magnets that allow you to mount it on any metal surface for even more flexibility. The package also includes three metal plates, which Nanlite suggests you tape to your non-magnetic surface of choice to be able to mount the tube.

The Nanlite Pavotube II 6C uses 5 LED bulbs at 6 watts and is able to cast a brightness range of 286 to 1,576 lux at 0.3 meters depending on the color temperature. It is able to produce about 36,000 individual hues between 2,700 to 7,500 Kelvin color temperature. The Pavotube II 6C has been given a CRI rating average of 95 and a TLCI rating average of 97. 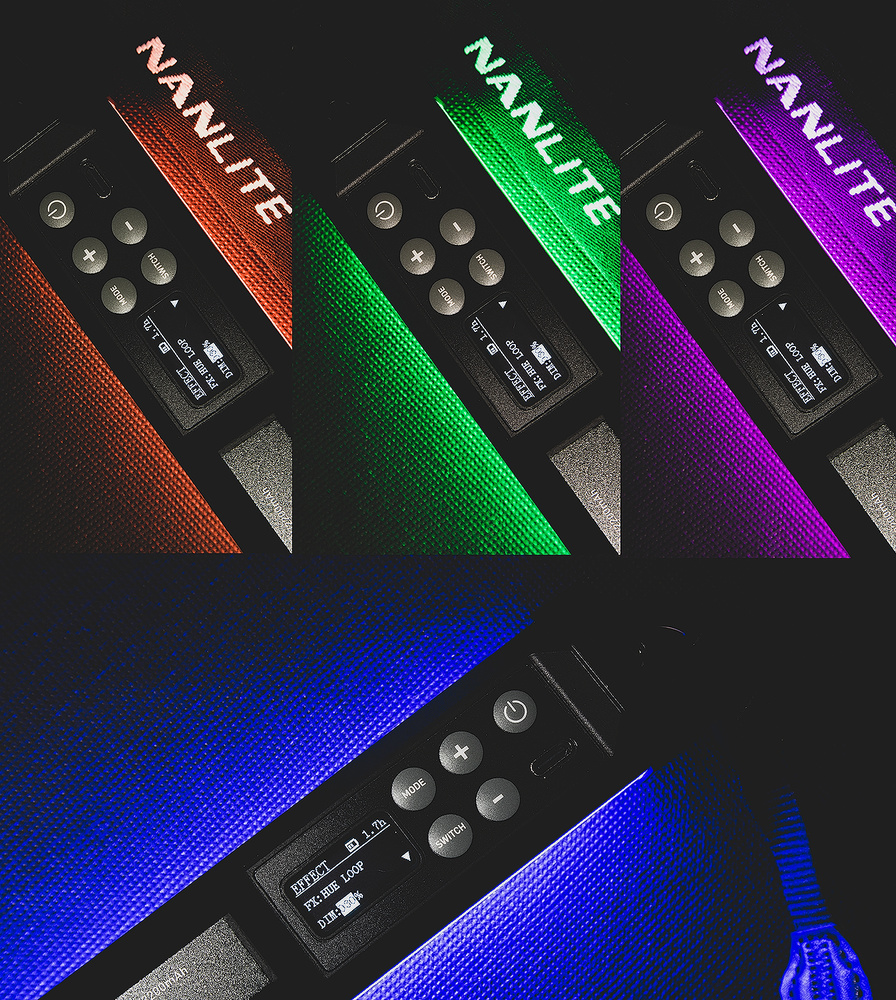 The tube is powered by a 3.7 volt, 2,200 mAh battery that can power the wand for 10 hours at 1% and one hour at full brightness. For longer use, the Pavotube II 6C is fully capable of charging while in use with either a standard USB charging adapter or through a power bank through the included USB-C cable. This adds points for portability since extended usage is possible without having to look for a socket to charge. The average charging time for the battery while not in use is 2.5 hours. An extended battery grip is also sold separately for longer battery life, along with other accessories such as a waterproof bag, a T12 tube holder for additional mounting options, and an egg-crate light modifier for controlling the beam angle. Wireless control of the Pavotube II 6C is also possible. However, it needs an RC-1 remote control or a Nanlink WiFi controller to use it with the app.

The physical interface offers three individual modes that allow you to control the color and brightness of the light. CCT mode or Color Temperature mode allows you to control the color temperature from 2,700 K to 7,500 K, which mainly deals with the overall coolness warmth. Along with that is a +/- 50 green to magenta adjustment. This module actually resembles the color control of Adobe Lightroom’s white balance sliders. 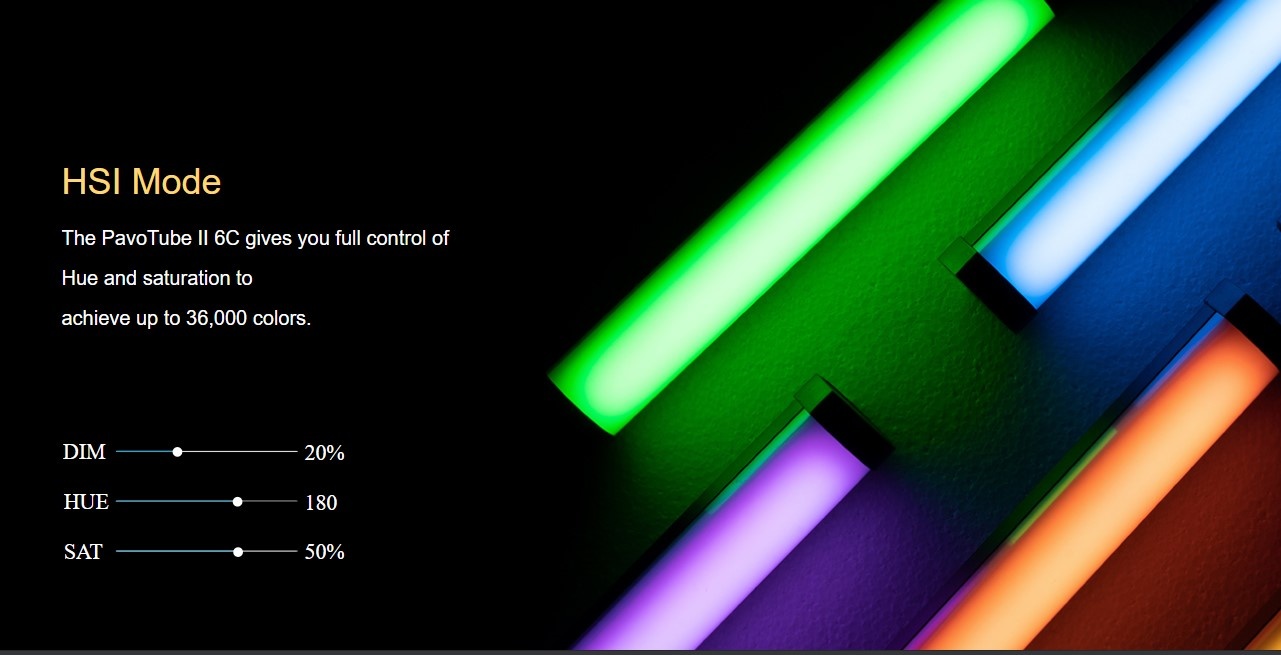 The HSI mode controls brightness, hue, and saturation
(from www.nanlite.com)

HSI mode allows you to control the brightness and colors with “Dim” or overall brightness, hue, and saturation. This is quite a precise way of selecting hues that are literally assigned numbers from 1 to 360. This mode resembles the HSL module in most editing software that gives you the same three parameters in achieving the exact shade that you aim for. The two mentioned modes allow you to match or blend with whatever ambient light color may be available in your shot.

The Special Effects mode gives you 19 different choices of dynamic light transitions, such as standard hue loop and color temperature loop, along with various modes that simulate lighting conditions in different scenarios, such as flashes of light, the lightning during a storm, police car lights, TV flickers, candlelight, disco lights, multi-colored fireworks, welding, and bright explosions.

This foot-long RGB wand has quite a number of applications. Personally, I will be using it for product photography, especially for reviews such as this one. With the lighting flexibility of the Pavotube, not only can I select precise tones and brightness for lighting my product photos, but I also make use of the different special effects modes for uniquely colored photos with the use of light painting and long exposure. 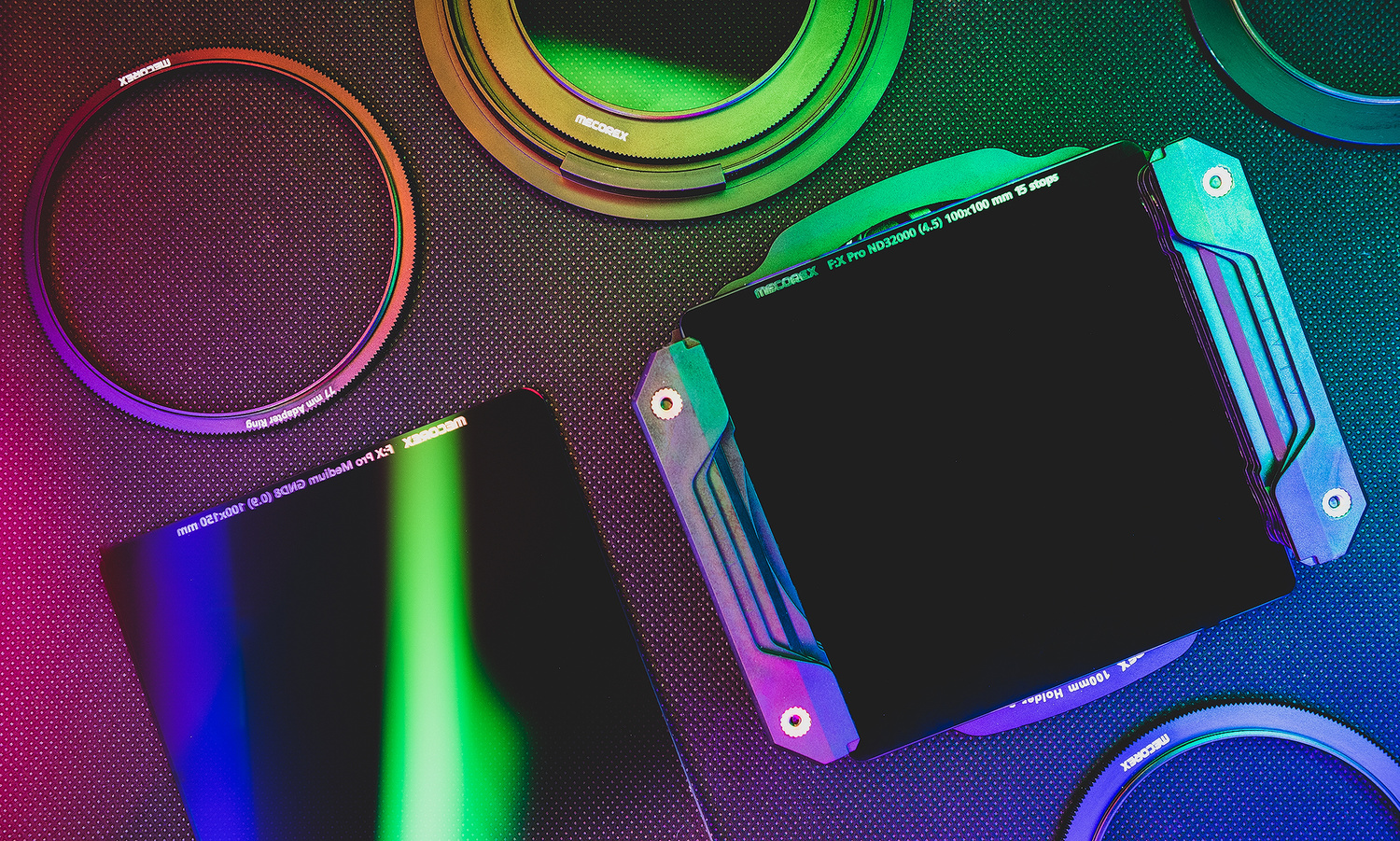 The Nanlite Pavotube II 6C, of course, has a universe of applications in shooting portraits either as an adjunct to ambient light or even strobes, or it can be used for vibrantly colored portraits with the use of the two color-selection modes. Whether individually or in combination with other Pavotubes, the possibilities are endless in terms of combining various colors in the frame. 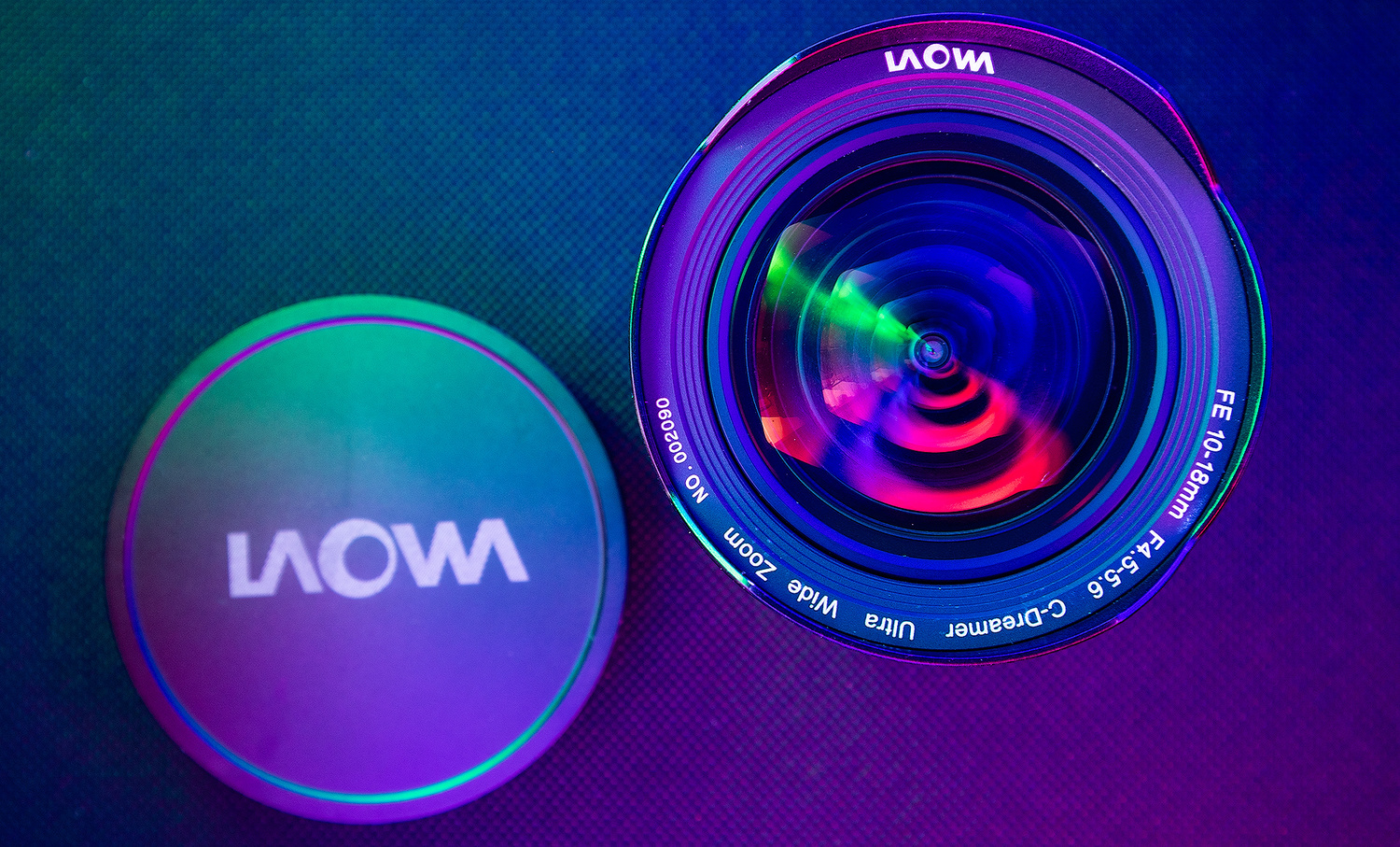 I have a review of this lens on pending due to the lock down.
Since I can’t shoot with it yet, I’ll just shoot it first.

The Pavotube II 6C can also be used in various video projects both for lighting products and models, especially with the use of the special effects modes that simulate different lighting conditions without the need for switch-flicking.

Given modularity and portability of this RGB wand, it is the kind of lighting fixture that you literally can and would actually want to bring anywhere, from shooting products in the studio, shooting portraits around the city, or even lighting for extreme travel videos. The size fits a standard backpack, and the weight barely adds to whatever you are already carrying. Personally, as I barely do any of those mentioned above, such a portable yet flexible lighting solution just might enable me to be more creative in shooting products in different locations.

What Can Be Improved

Should You Become a Professional Photographer?