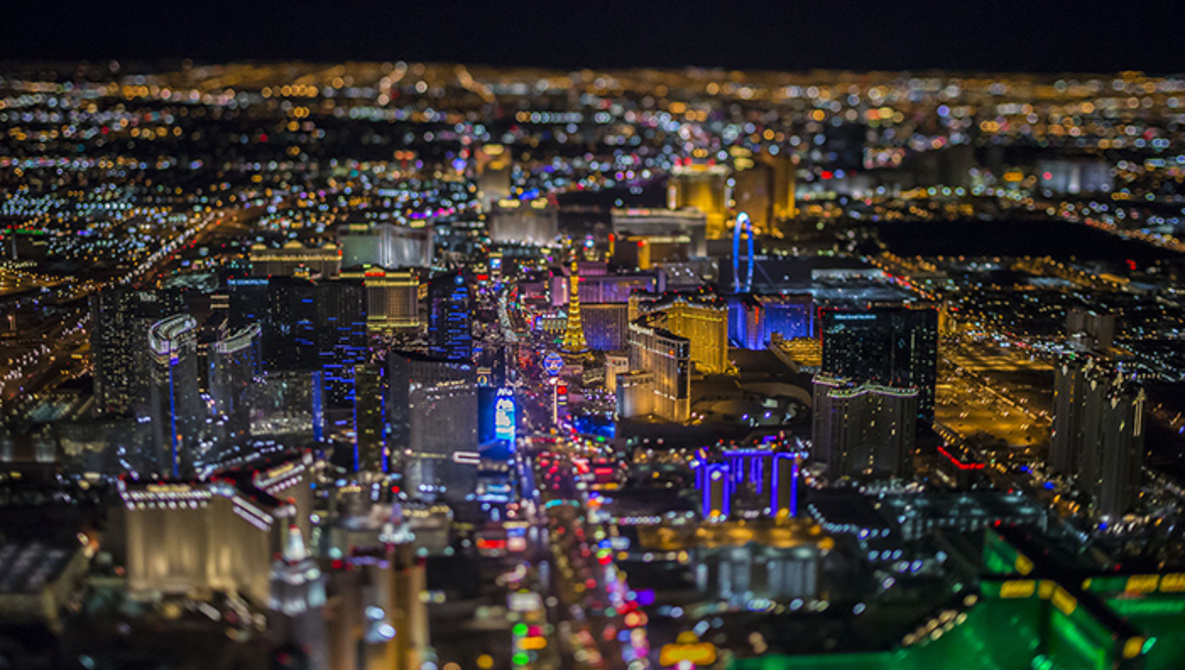 After the New York City debut of his new project, Vincent Laforet unveiled photographs of Las Vegas from a helicopter at an altitude of 10,800 feet, 7,500 feet above Sin City. This morning, Fstoppers caught up with Laforet to shed some light on the new project including the gear used to shoot it, technical limitations, and even some interesting goals for the piece.
Whether it’s fixing the roof on the back house or shooting an incredibly challenging new piece, we all have that project we’ve wanted to do for years. Few can say, however, that it is truly the technology available to them (or lack thereof) that keep the project at a standstill. It was only quite recently, however, that Laforet was able to create his high-altitude cityscapes — something he’d been waiting to do for decades.
“I’ve been waiting, sitting on my hands, since I was 13 years old,” Laforet said. “I’ve been waiting 27 years to make these images. The cameras couldn’t do it — at least not from helicopters.”
Laforet continued to describe the difficult with shooting from a helicopter at night. “A helicopter is 1000 pieces of metal trying to shake themselves apart. I shoot between 1/25th and 1/80th of a second, between f/2 and f/2.8, at ISO 6400, and we still have to use a Kenyon Labs gyro. We have the gyro run out at the end of a two-hour flight, and everything is blurry.”
Even from these distances with the latest image stabilization, Laforet needs to keep a steady hand. He goes up with a Canon 1D X, a PhaseObne IQ250, and a set of lenses ranging from Canon’s 8-15mm fisheye to the 200mm f/2. “That [PhaseOne IQ250] — pretty phenomenal resolution. The fact that you can shoot that high ISO…that’s what you call a breakthrough technology in my opinion. That wasn’t possible until last year.”
But what’s the point of all this gear? What’s the point of these images? What does that art mean or do? For most, the answer is always the same. Art, more or less, simply gives to its audience whatever its audience can extract from it. Sometimes it resonates with viewers, and sometimes it doesn’t.
But Laforet does have something larger planned.
He wants people to participate. “I’m trying to make this something more than just a photography collection with Storehouse. I’m trying to expand this so people can share their own stories as we go to different cities. I’m trying to break down what I call anti-social media. There’s a difference between having images that people sit back and look at and having them engage and create and share their own stories.”
In a collaboration with the online blog platform, Storehouse, Laforet hopes to open a way for people to contribute their own stories about a city. “It doesn’t matter who you are, who you know, how rich you are, what cameras you have,” Laforet explained. “It’s just about your level of skill in storytelling. At the same time, I want people who are not storytellers or photographers to participate. I want the barrier of entry to be low. I want to open this up to just an interesting exchange of ideas. A great story about Barcelona could be a cooking recipe or the history of a building in the photo. Wouldn’t it be great if it could be so much more?”
There’s not yet a way to participate like this, but Laforet’s relationship with Storehouse has opened the possibility for anyone to participate in any photo project. For now, those interested can grab a spot on their email list to be notified when a special section for the Las Vegas “Air” project is available.
When asked about his plans to shoot in other cities, Laforet mentioned he does plan to release shots from other cities in time. So stay tuned. For now, you can enjoy the entire series on Storehouse.co or view more of his work on his website.

Adding the Human Element to Landscapes

Polar Pro Focus: The Man Behind ‘From Where I Drone’