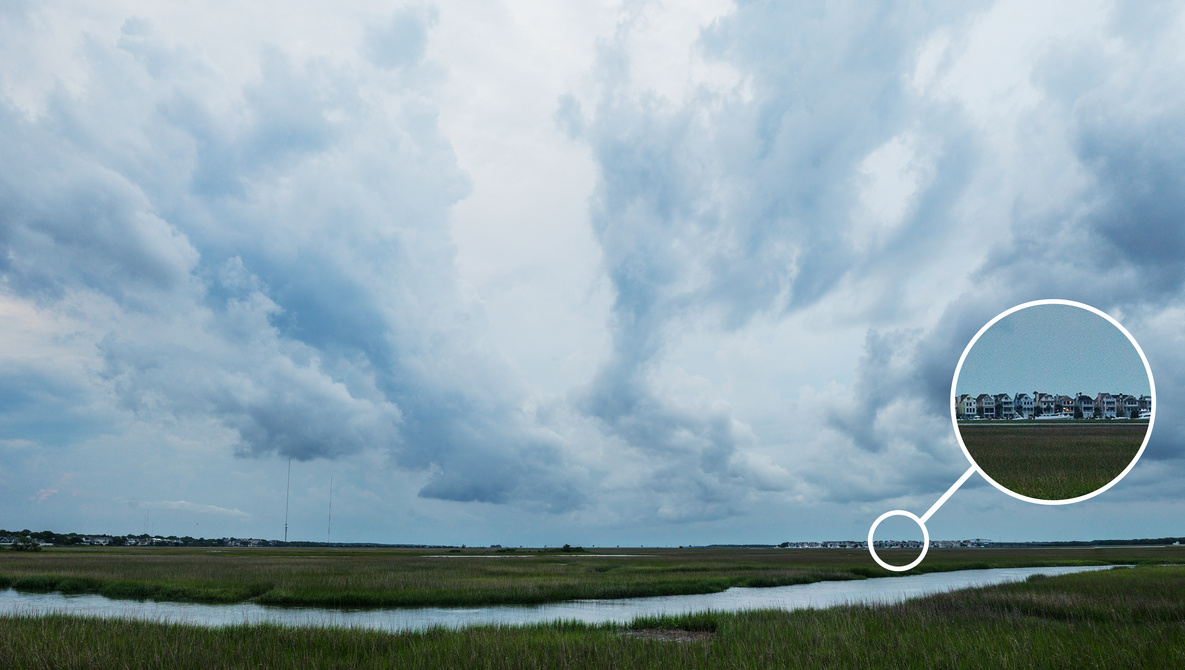 No matter whether you’re using an older crop sensor DSLR, a newer full frame mirrorless, or a vintage film camera, you can most likely get a ton of resolution out of your photographs with this one trick.

The technique is the simply to take multiple photographs in separate pieces which can then be stitched together later. If you’re thinking this sounds a bit like doing panoramas in principle, you’re right. That is, you need to take a sequence of photographs with fairly significant overlap between frames in order to compile them all together to create a much higher-resolution image. Please note that this works much better when you have a normal focal length or longer. I’ve found that my 90mm macro does a fantastic job. In addition, it is crucial to have your camera set to manual mode. Below, I will go more in-depth about considerations to be made when taking all of your individual frames as well as considerations to make when stitching your frames together.

To start, you may want to ask yourself why you’d ever want to stitch together a bunch of individual frames to create a final photograph with through-the-roof resolution. It’s something I rarely do anymore other than to teach it to someone as a new skill. Personally, I’ve only felt the need to do it a few times. I prefer to think of it as an exercise of technique that rarely needs to be implemented, but when appropriate, having the skill in your back pocket will be much appreciated. In the feature image, I wanted to be able to show the magnitude of the approaching storm, but the widest lens I had on me was a 50mm. Instead of letting go of the image I saw and wanted, I decided to take more than a dozen photographs and stitch them together. The resulting photograph had resolution for days and accomplished the intention of mimicking a wide-angle lens.

In my own experience, as with the feature image, I’ve done this before when I wanted to be able to blow up the image to print at very large sizes. Another time I used this technique was on a trip to the Grand Canyon. After stitching together just over 30 frames, my resulting photograph was capable of printing at any size I could dream of wanting. The better part of it was in the ability to crop as much as I wanted and still get a good size for printing. This allowed me to play around with different framings I wouldn’t have necessarily thought about at the time but used the practice to train my eye for the next time.

When it comes to taking your individual frames, do not follow any advice that states one specific rule you can always follow. There is no rule of thumb on how much the photographs should overlap that gives consistently good results. The amount of required overlap is lens-specific, and even within the same lens, different apertures require different amounts of overlap. My personal favorite lens to use for this method is my 90mm macro. There is no discernable distortion, and even wide open, the lens produces sharp images with little to no vignetting. As such, I need minimal overlap between frames to successfully stitch the images — just enough for Lightroom or Photoshop to put the frames together.

By no means do you need a nice macro lens to do this. You can use virtually any lens you have, including a kit lens. The factors that will influence the amount of needed overlap are the amount of vignette and distortion your lens has. If there’s a lot of distortion, I’m not confident lens profiles would adequately correct the lens’ shortcomings enough to assume you could get away with minimal overlap. Instead, I may go with at least one third overlap.

I do not like using profile corrections to compensate for vignetting. Depending on what aperture you’re shooting at, you’ll have different amounts of vignetting, and trying to find the exact right compensation is unlikely. Instead, I would suggest looking up reviews of your lens and get a sense for how much EV you lose at f/5.6 or f/8 and how far the vignette reaches into the center of the frame. Rather than relying on lens corrections, I would instead suggest ensuring you have enough overlap to compensate for the vignetting.

Using Lightroom or Photoshop, it’s quite straightforward. In Lightroom, you select all of the frames, right-click, select Photo Merge, and from there, you select Panorama. Depending on the number of frames it has to merge and the file size of the individual photographs, this process can take little to no time all the way to several minutes. Once it renders an example, you have a few options: Spherical, Cylindrical, and Perspective. If there are no straight lines in any of the frames that are going into the composition, I prefer Spherical, as it merges the photos as if you’re standing inside a globe and projecting and merging the photos on the surface of the globe. If there are straight horizontal lines, I think the Perspective option is best (the labeling kind of says it all). If there are straight vertical lines, Cylindrical is best as it is (similar to Perspective), like you’re standing inside a cylinder and projecting and merging the photos onto the wall of the cylinder. In Photoshop, the process is a good deal easier. If you’re starting in Lightroom, open all images as layers into Photoshop. Select all of the layers, and under the Edit tab, select Auto-Align Layers. I tend to roll with Auto from there.

As you may recall from the beginning of this article, I rarely implement this technique. Instead, I save it for specific situations where I want to be able to make large prints. Or, as with the feature image, I would like to emulate a wide-angle lens with something narrower. I suggest practicing in situations locally to make sure you have a strong sense of what your lens can and cannot do.

I highly suggest not including anything that conveys movement. If you’re shooting at a slow shutter speed and there’s water in the frame, you will likely fail to get a good final result. Similarly, if it’s windy out and you’ll have leaves in the final photograph, I would shoot at the fastest shutter speeds you can reasonably get. Otherwise, you can get weird results. Finally, I wouldn’t worry too much about ramping up the ISO a little beyond what you normally would if it would make a difference. Once you’ve stitched together a dozen or so images, you’re hardly going to notice the noise that may bother you in the singular frames.

Is this a technique you’ve used before? If so, please feel free to share your work in the comments section.