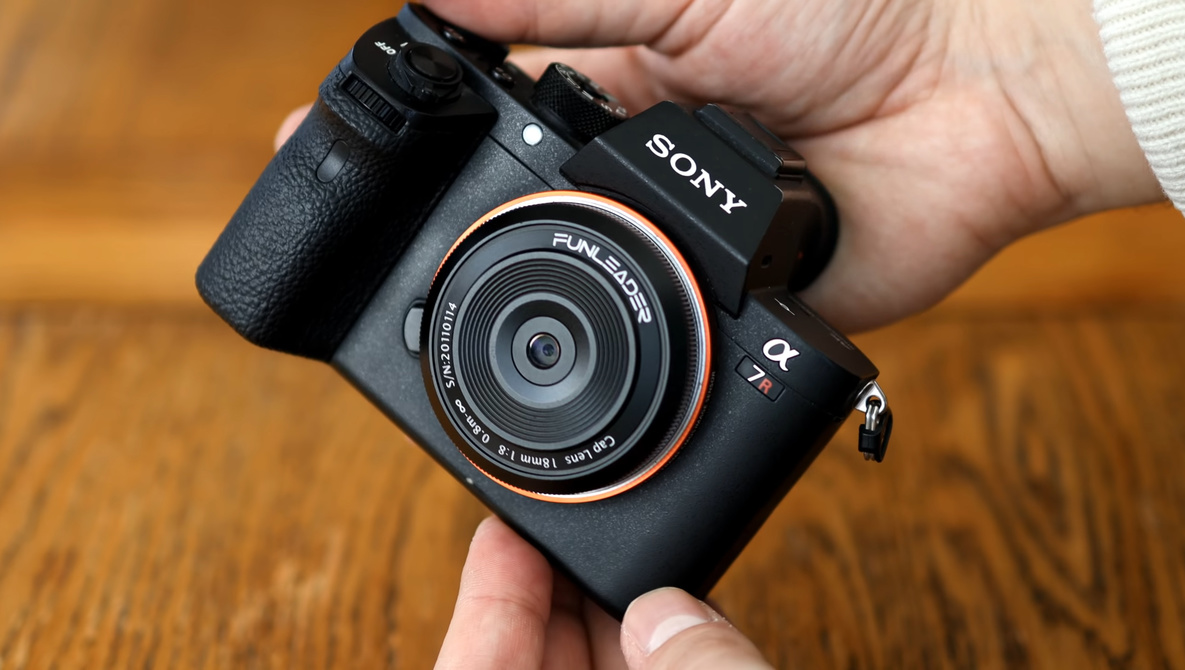 Quirky lenses are commonplace on crowdfunding websites like Kickstarter, but they don’t all get funded and they aren’t all quite this quirky. This lens did get funded and is now in the hands of backers.One such backer is Christopher Frost, a photographer and YouTuber who has been following the progress of this campaign for a while.

I’ve been on a bit of a lens rampage so far this decade, with an article about a 160-year-old Petzval lens and an article about the merits of vintage lenses, and that’s only this week. Well, now I’m fascinated by one of the bizarrest lenses I’ve ever seen. The Funleader 18mm f/8 is for both full frame and APS-C crop bodies, has no controls on it, and looks like a lens cap. As Frost says in the video, full frame bodies will suffer from heavy vignetting.

The lens is cheap and inflexible, but the payoff is in its light and flat build. It was always going to be niche, but I’m not entirely sure who that niche is. Frost suggests lomographers which is certainly true, but I can’t help but think the real market for this oddball is in inconspicuous street photography.

What do you think of the Funleader (who gave the nod on that ridiculous name?!) 18mm f/8?