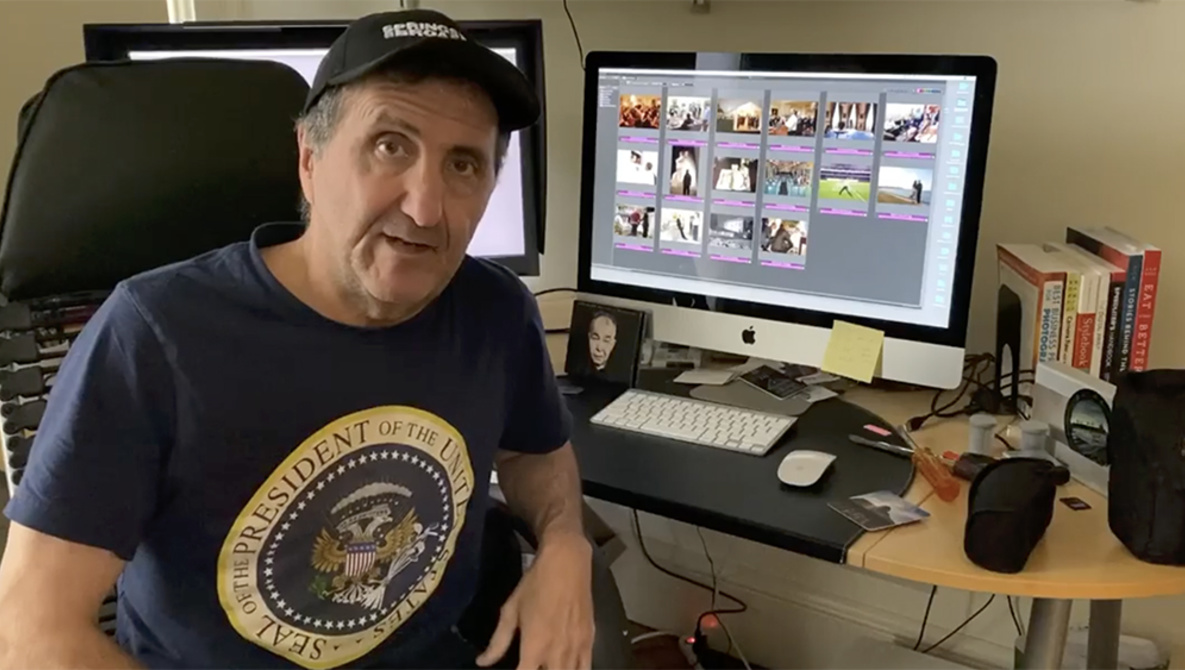 For eight years, photographer Pete Souza had my dream job, photographing the president of the United States and being on the front line of the biggest news stories of our time. In his latest IGTV post, Souza talks about some of the gear he used to capture his iconic images.

I am in awe of documentary photographers, possibly because I can’t do it myself. The same might hold true for my fascination with dancers, even though I certifiably have two left feet. So, any opportunity to peek behind the curtain and learn about a great photographer’s process always brings a smile to my face.

Pete Souza was the official White House photographer during the Obama administration. He got to be a fly on the wall during everything from the Bin Laden war room, to the signing of the Affordable Care Act, to more mellow events like the family getting a new dog. Regardless of your politics, this new video on Souza’s Instagram channel offers incredibly valuable information for all of us photographers out there.

I work as an advertising photographer, where at least 75% of what I’m going to photograph is semi-known in advance. Yet, I still can’t seem to leave the house without enough gear to pose a serious challenge to my car’s suspension system. Well, what if your job was to follow around the most powerful man on Earth as he traveled around the globe, around the clock, and photograph him in literally every conceivable situation? The odds are that backing up a grip truck isn’t really an option when you are supposed to be unseen yet still be close enough to capture the action. And security clearances might make working with a large crew also a decidedly bad idea. So, what would you have in your camera bag?

Info on what tools I used at the White House.

Check out the video on Souza’s Instagram channel above and learn about the tools he carried with him to capture some of the most important moments of our time.

Fuji Announces The Fujinon GF30mm F/3.5 R WR Lens And The Biggest Firmware Update For The GFX System Ever

The Creative Response: How Freelancers and Agencies Are Adapting During COVID-19