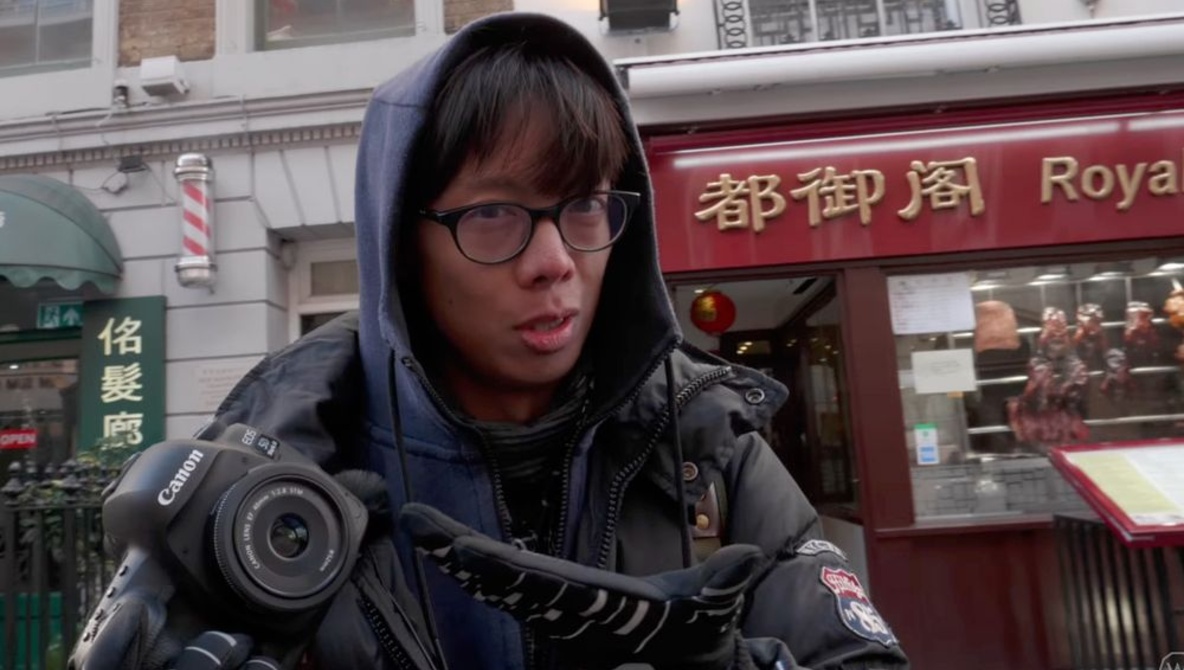 A few weeks ago, I wrote about my love for Canon’s 40mm pancake lens. Clearly, Kaiman Wong was reading and, it being Pancake Day recently (aka Shrove Tuesday aka Fat Tuesday aka Mardi Gras), he was inspired to dig out his 5D and take it for a walk through the streets of central London.

Wong’s love for the 40mm is not too different to my own. It’s not a perfect length for anything, making it fairly ideal for a bit of everything, all with this tiny profile that makes it incredibly convenient to carry around. As Wong said, if you want a special lens, it’s not the 40mm, but that’s not why you would buy it. We think of prime lenses as being quite restrictive, but this one turns out to be fairly flexible; wide enough to shoot reportage and everyday life, but narrow enough for the occasional portrait. And with such a snub-nosed lens, it’s possible to shoot handheld at impressively slow shutter speeds, giving you opportunity to create some interesting motion blur when out photographing on the street.

Something I didn’t pick up in my previous article is that if you’re shooting on one of Canon’s APS-C sensors, the equally delightful EF-S 24mm offers almost the same angle of view, giving the equivalent of 38.4mm. It has a similarly low profile, the same f/2.8 maximum aperture, and somehow weighs in even cheaper than the 40mm.

Video of 5 Reasons 40mm is the Best Focal Length

Free Street Photography Masterclass Is a Must-Watch for All Photographers

A Look at The Artistic Photography of Saul Leiter