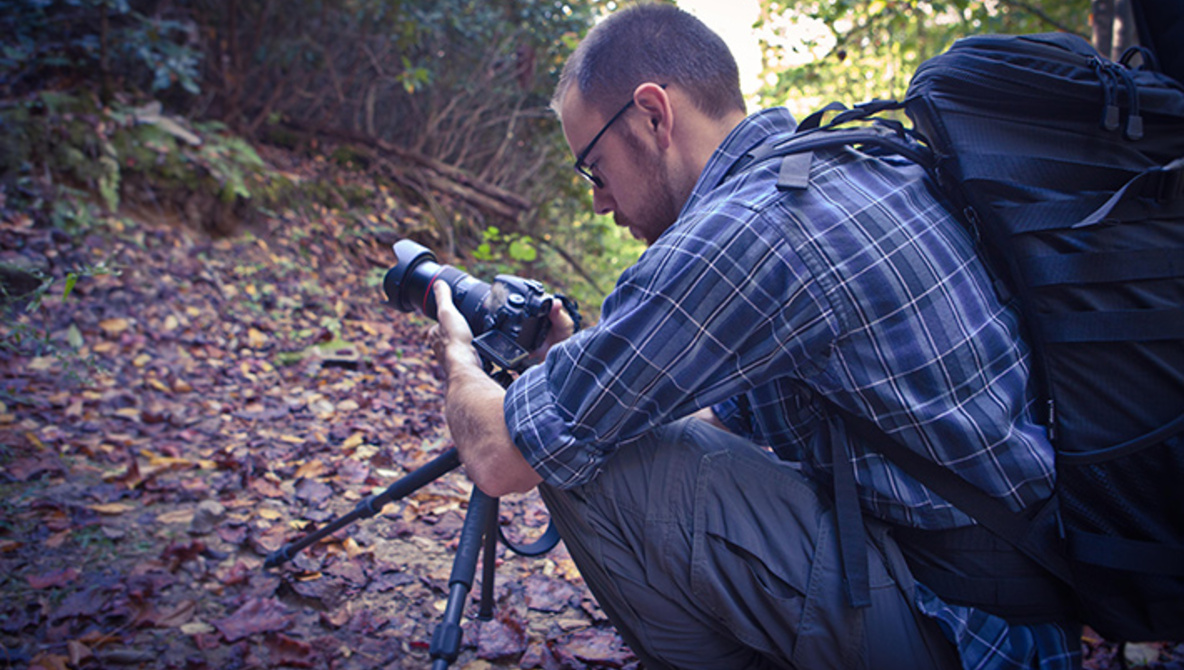 Why I Quit My Job To Do What I Love, And Why You Should Too

I just quit my full time job of six years as a video producer at a local college. A decent salary, good benefits, and the security that came with it… all gone. I’m now focusing on my dream project called Ascending India (our film trailer is what’s featured) and I might go broke trying to make it. Read on and I’ll tell you why I couldn’t be more excited, and why you might want to consider trying to make your dream project happen too.

I had been trying to get more adventure and documentary work, so if I were hired to produce a compelling story about rock climbing, that also takes places in a foreign country, I’d have my dream job. I finally decided to stop waiting for it to happen, and make it happen myself.

Some of you might be familiar with another writer on this website named Mike Kelley. I’ve never met the guy in person, but we’ve had a few conversations about travel and photography. What prompted these discussions was an article where Mike was interviewed about self-funding an Iceland photography trip. Here’s an example of one of his photos:

Mike’s concept was simple. To paraphrase his idea, I’ll put it like this:
“Why should I wait for someone to hire me for a dream project? Why can’t I just go do my dream project, on my own dime and time, and sate my creative soul while at the same time adding to my portfolio EXACTLY the kind of work I’d like to get paid for?”

A seed was planted, and over the next year, it slowly began to sprout in me.

Remember the old Career Advisor in high school who would ask you what you would do if you had all the money in the world? And then your answer should point you in the right direction for a career? I used to scoff at this (because I was 16 and I clearly knew everything) but as with many lessons learned in life, I see now that it made a lot of sense.

Think about those personal projects that you might work on in your spare time. The projects that really invigorate you, the stories you yearn to share, and people you actually like to work with. Everyone wants to do this and get paid, so it’s the career goal of most. And sure enough, there are a few that get to that level. But instead of waiting for the “big break”, why not give it to yourself? This kind of thinking can create some serious change in your life. Damn you Mike Kelley. I quit my job, took on my dream project, and am now moving to Colorado. This is what my condo has looked like for the last month: 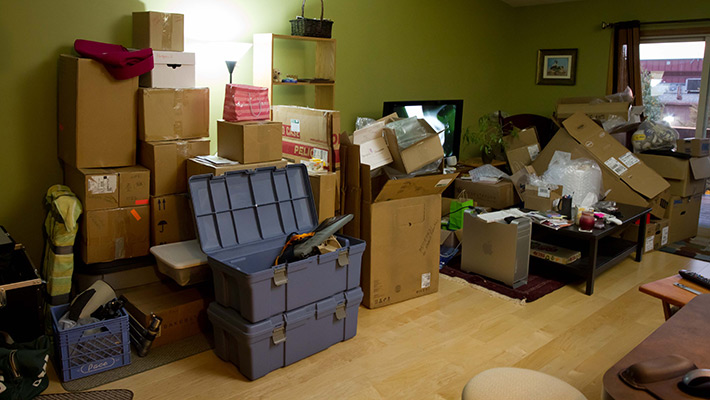 Opportunities and circumstances started to move in favor of a big change for me in the last year, and I began to see that I was ready to take the plunge. I handed in my resignation at my full time job just a couple of weeks ago. I encourage you to do the same. Besides what Mike Kelley suggested, here’s some further insight I’ve learned that might help you prepare yourself mentally, and financially, to go for it yourself.

You’ll need to have saved some money.

All those boring corporate headshots you’ve been taking? You loathe weddings but the money is good? Do it and deal with it… but only for a while. Save up some cash, just like you might for a vacation. When the time is right, use that money to self-fund your dream project. The money from the last 4 years of freelancing has gone right back into my business, buying new gear and setting myself up to chase a dream project.

Mike Kelley made deals to trade photos for places to crash. I’m working with local businesses to get gear for fundraisers. I’m also trying to crowdfund for the first time… which could be a HUGE boost to the project. Chances are, whatever your creative aspirations are, there are people willing to support your art and work with you for something other than money in return.

Getting there might not be as simple as Point A to Point B.

A good friend of mine Joshua Pardon (who coincidentally just left town last month to pursue his own new career adventures) turned me on to another concept which played a role in the plan to get my dream gig. On the way to a shoot one night, I explained to him that I was applying for jobs in Colorado and Utah, trying to get hired as an editor or director with some of the adventure production companies out there. I had not gotten many responses back, so was struggling coming to terms with moving out there without a secure job.

Joshua’s advice was this: It doesn’t have to be a 1 step process. Going from the safe, full-time job at a college in Michigan to making adventure films in the mountains is quite a leap… who’s to say that it won’t take 2, 3, or even 4 steps to get there? For example, moving out West and taking up whatever work I can find (hopefully not as the greeter at Wal-Mart) could be step 1. Then meeting local producers and getting some freelance work out there doing the boring stuff I do now could be step 2, and actually meeting folks in person and attending interviews rather than just Skyping could be step 3. Step 4, profit (aka getting the dream gig).

Mike Kelley went to Iceland for a couple weeks and took some AMAZING photos, while having the time of his life, and not making a dime. In a few months, I’ll hopefully be on a plane to India, where I will seek to tell the story of rock climbing development there. It’s possible that this largely unknown sport could shift the culture of the youth in India to take more of an interest in the environment and their own personal growth. I’m not sure what your dream project might be, but I’d encourage you to really consider pursing what you love. Picture very related: (this is the Holstee Manifesto, if you’ve never seen it before. Credit goes to them for the photo below.) 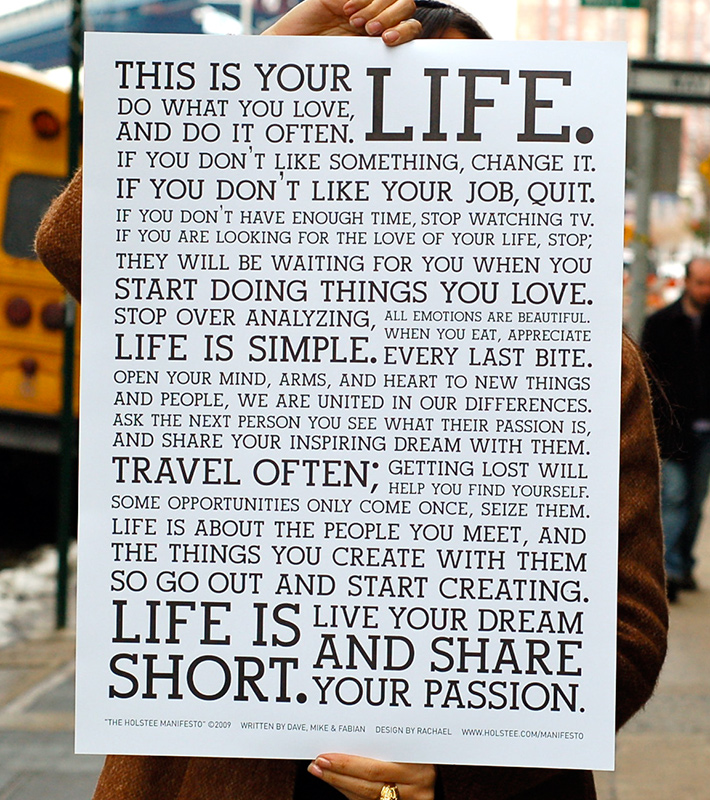 Keep some money stashed in case everything crashes and burns. If you’re creative and cunning enough to make a cool project happen, you can probably get back on your feet too. Having friends and family support you doesn’t hurt either. I’m fortunate to have an amazingly supportive group of friends, and a girlfriend I somehow tricked into supporting my unemployed self out in Colorado, in case I do spend all of my savings.

I know my project is going to take about a year to produce, and likely cost me more than a year’s salary for all the travel expenses, insurance, flights, vaccinations, lodging, meals, gear, marketing, designs, etc. I’m prepared to do what I can to make it happen though. When my project is finished, I will have gained so much knowledge and experience that is directly related to the work I want to do. Plus, I’ll have an incredible portfolio piece that lets clients know exactly what work I can do. So I might go completely broke, but I don’t imagine that I’ll say that way. Worst case scenario: I go broke doing something that was absolutely incredible and fulfilling.

Still not sure about cutting loose?

Life is supposed to be an adventure. Go live it.

I’m off to Colorado in just a few weeks, without a job, but with a backup plan and a support system in place should my path crumble before me. This project I have on my hands has enormous potential, and it will feed my creative soul well into 2014. It’s worth the risk, and I’m excited for the adventure.

If any of you have cut and run to chase your dreams, I would love to hear about how that worked out for you, and what you learned along the way. Also, if you’d like to support my dream chasing, please take 2 minutes out of your day and look at my Kickstarter for Ascending India. Thanks for reading.