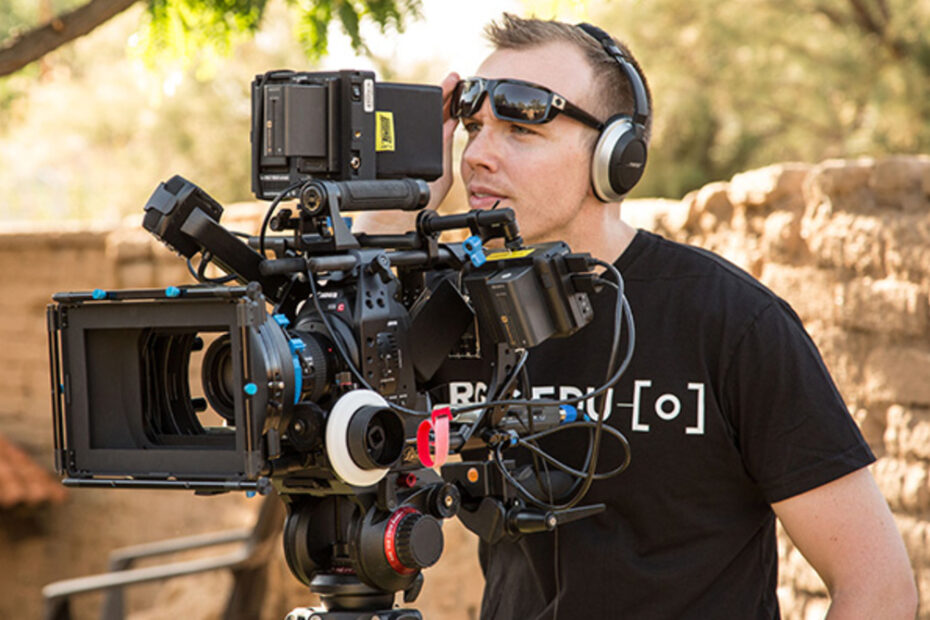 A month ago I flew to North Carolina and was the Director of a 5 person crew for a week-long video shoot at a multi-million dollar corporate facility. Then just last week, I spent 4 days in Albuquerque as a Production Assistant, shooting behind the scenes images and getting lunch for the crew. My ego almost stopped me from taking that gig, but I’m glad it didn’t. Here’s why.

Despite having my own production company and some freelance clients still coming to me from my old home in Michigan, work has been a bit slow in my current area. I’ve kept busy doing gear reviews for Fstoppers and working on my documentary project. I still peruse Craigslist and some other job boards, but there isn’t much. When I do see something, the pay is extremely low (if there’s pay at all) and hardly ever covers travel or per diem expenses.

I did have one huge corporate promo video that I produced in May, that had been in the works for nearly six months. It was a high stress week where the success or failure of the shoot rode on my shoulders, but thankfully everything went swimmingly. For that project it was my client, and I was the producer, director, and editor.

While I was in NC for that shoot, I saw a job posting from another Fstoppers writer, Zach Sutton. He was looking for a behind the scenes video shooter in Albuquerque for a few days, to capture BTS of a video crew that would be following him. I explained that I lived about 4 hours away and was looking for pay and some travel comp, and waited to hear.

Some time passed and after some negotiating, I was lined up to drive to New Mexico to be not only the BTS shooter, but a production assistant in general for PRO EDU. They make photography tutorials, and would be working with Zach to create a piece about environmental portraiture. Here’s what I learned over the next 4 days about going from the being the head cheese on my own shoots, to being the bottom rung on the production ladder.

When it is slow, take what you can get.

I experienced stretches of not much work even when I lived in a large university town. I’d usually fill that time with personal projects. In my current area though, as long as the work is interesting and pay is more than what I would make as a barista or retail manager (after expenses) I’ll toss my hat into the ring. Travel can be big a deal breaker, as I see a lot of work in cities that are 3-4 hours drive away, and a few hundred bucks isn’t going to be a few hundred bucks net when I have to pay for gas, food, and possibly stay overnight to make a 6am call time. But if after expenses I can still make a solid $25 an hour, I’ll likely do it.

Our first shoot in White Sands National Monument, on a hot and windy day.

You might think that is way too low and I’m hurting the industry by doing that. I would agree with you to a point. I won’t write, shoot, edit, and direct a complete production for peanuts, that absolutely hurts the industry. I will however take on low-stress, low responsibility gigs for a rate that is good for the position and I don’t think there’s anything wrong with that. Which brings me to my next point…

It’s a relief to not be responsible for everything.

In ABQ I was the BTS/PA alongside a crew of 3 others. They were charged with scheduling, conception, planning, shooting, and making sure they got the coverage they needed to produce their tutorial segments. My only responsibility was shooting them shooting Zach, and capturing the gear they used. I didn’t have to check notes or a production packet, I didn’t have to stress about the time, I didn’t have to worry about what everyone else was doing. It was refreshing.

Being able to focus on a single task lets you explore more creative options.

The byproduct of being in that role meant that I could focus purely on my task. Without a set list of shots or having to setup lights and stage action, I funneled my creativity into making compositions and movements to capture the production crew and make them look as cool as possible. With a pair of 5D markIII’s and GoPro 3’s at my disposal, I took stills, video, and a ton of timelapses. Usually I’m the person standing back and telling others to shoot this or that, so being hands on with gear all week was a treat.

Rob Grimm running a Canon C100 at our second shoot.

With a different crew comes a fresh perspective on production and workflow.

Working alongside a brand new crew, one thing I enjoy is seeing how they work from planning to execution, and their workflow on set. From what gear they are using and why, to how they coach talent, and how they plan for when things go wrong– it was insightful to see how they made their production happen. Problem solving and dealing with some tough environments created opportunities for creative solutions that I was able to be a part of.

As a bonus, almost every night we looked at the dailies, so I was able to see the results of what they shot. I learned a few things that I could easily apply to my next project, and I also got play with some gear that I would– and wouldn’t– want to use in the future.

The people on the crew I worked alongside included a manager for a photo studio, and a veteran photographer with 25+ years of experience and a rolodex with some big clients. I also met their editor, and with my editing background we had a number of lively conversations about file management, workflow, and codecs. We would be the life of any party, especially when we start doing squat thrusts in parking lots.

You might say that having a new contact for low paying work isn’t all that helpful. I’ll use the example of the craiglist client who wants you to work for credit, but they claim that they will “introduce you to so many people and so many people will see your work!” in return. Those new prospects will often pay you with only credit as well, so it’s not really helpful in that sense. However, building a relationship with a new client or producer, and making it clear that you might be taking a lower than normal rate, or are capable of a larger role within their productions, can set you up for future success.

In my case, after 3 days of working with this crew as a “lowly” PA/BTS shooter, I had built a solid rapport and they had seen the images I had produced for them. They were so impressed that before I left town, they booked me a plane ticket to St. Louis, so that I could do it all again for another 3-4 day project. I don’t know about you, but typically I don’t fly my PAs out for shoots. I’ll take this as quite the compliment and am looking forward to a few days of paid, low-stress, creative production.

Do you have any examples of when you took gigs that you were perhaps over-qualified for? Did you enjoy them or did your ego get in the way? Leave a comment below!

previous4 of the Most Annoying Things Photography Clients Ask
nextThe Canon EOS R5, R6, and 6 RF Lenses to Be Announced on July 9th