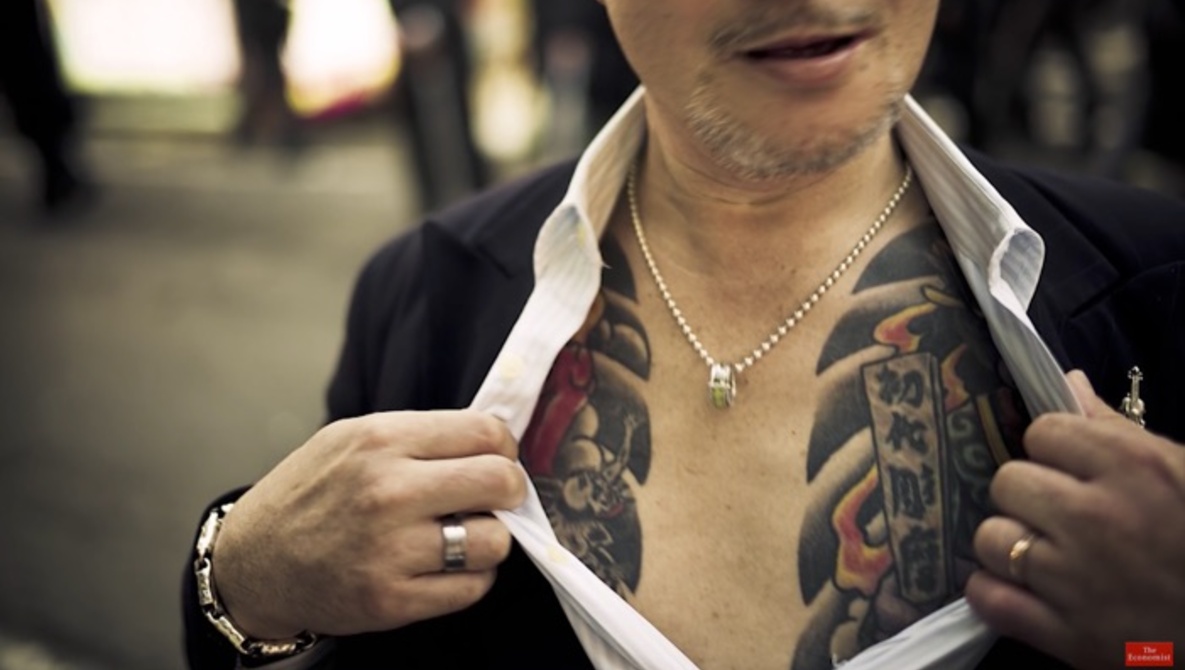 Over 50,000 members strong, Japan’s Yakuza gangs make up one of the largest crime syndicates in the world. After ten months of attempts, Belgian photographer Anton Kusters was granted a meeting with “The Godfather” of the Yakuza family. He then spent two entire years capturing these dark and moody images that show what life inside the family is like from all sides of the operation.

I literally expected to enter into a Kill Bill kind of world, where people are running around with swords chopping each others head off with blood flowing in the street and things like that obviously because I didn’t know better. I just saw the movies like everyone else, and what I did see was very different, very much more subtle world which relies on pressure; which relies on appearances; which relies on control; much more than actual violence.

This fascinating mini-documentary published by The Economist is presented entirely as a slideshow of Kusters’ incredible brooding and mysterious photos with the occasional narrative slide detailing the history of the Yakuza and other aspects of this most unlikely of stories. It’s pretty amazing that they have condensed two years of work down to just over six minutes. We’d love to see a full hour-long documentary come out of this.

Video of Japan&#039;s Yakuza: Inside the syndicate

Keeping It On the Road